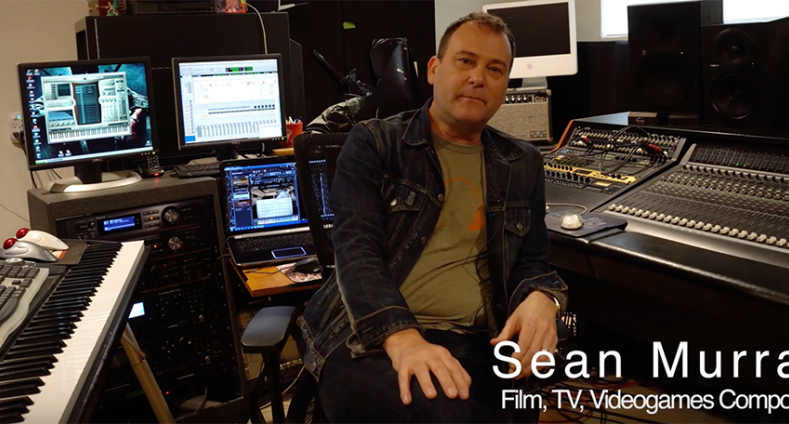 Sean Murray’s music has been the backdrop behind award-winning television shows and video games. Though he has a huge library of sounds, his ticket to success is recording real world sounds to add to his scores. That’s now more convenient than ever with Tascam’s new DR-100mkIII portable audio recorder.

Murray does music for television shows like Buffy the Vampire Slayer, God, The Devil and Bob. His scores are musically dense, visceral and at times almost otherworldly.

"I have a huge collection of vintage synths, as well as a ton of wonderful orchestral sounds and samples," Murray said. "We've got every sound you can imagine. But there's nothing like recording real instruments for your score. I make it a point to always add something real and organic to my scores."

His work includes recording his own acoustic guitar, or any of several orchestral string players he works with regularly. He used to bring them to his studio, set up a pair of mics and record them live, he said.

Recently, recording those live performances became much easier, thanks to his Tascam DR-100mkIII portable audio recorder.

Sean Murray in his studio

"Having something portable like the DR-100mkIII that can really create a studio quality recording has made a huge difference for me," he said. "I can go into anyone's living room and get a great sounding recording that I can really use."

Murray praised the recorder’s dual built-in stereo mics. "The omni mics are fantastic for capturing the ambience of the room. Recently I took it over to my cello player's house. She's got this big living room with a high ceiling and hardwood floor, and the room sounds wonderful.

“I brought the score, had her listen to it on headphones and recorded her part live to the DR-100mkIII. I was able to take that recording back to my studio, import it into my DAW and use it in the score." 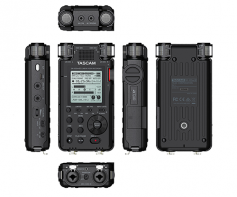 Being able to create a professional grade recording anywhere, anytime has been a game changer for Murray, and the DR-100mkIII's high-quality mics, pro-grade preamps and ultra-high sampling rates has made it an essential tool of his trade.

"It's really changing the way I work. Having the 192kHz sampling rate gives me amazing clarity and so much more realism. Having that extra clarity on the high end just really puts that shining touch on it."