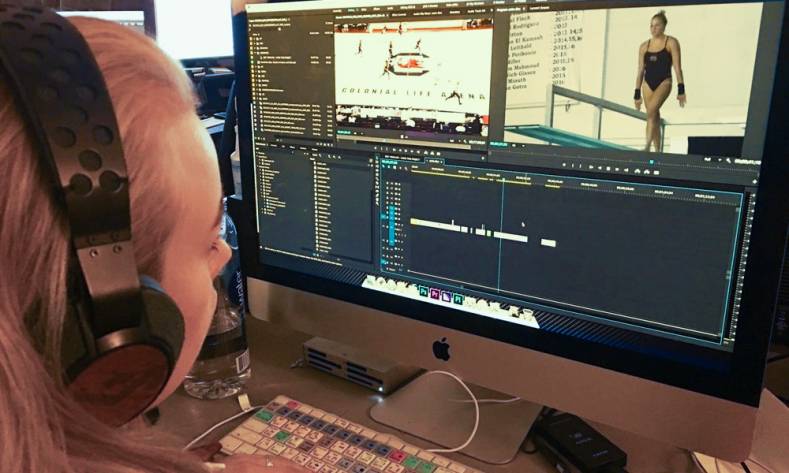 Danna explains, “Our department’s motto is 'To instill sights, sounds and emotions of Gamecock athletics in every fan with intimate and original videos.' And that’s really what we’re all about – we strive to capture the excitement of all of our school’s various sports teams. In addition to our doing the post for all of these games, we also produce a weekly TV series that covers our teams. During football season, the show is called The Will Muschamp Show, and after football season, we do a show called The Gamecock Insider. These shows are all 30 minutes long, and we produce 39 of them a year between late August and the following early June. That’s a lot of content which requires a great deal of storage capacity.”

Danna continues, “We first became familiar with Archion in 2008, when we acquired their Synergy product as an add on for our Avid server – this bumped us up to 16 terabytes of storage. Then in 2012, we turned to Archion again and acquired an EditStor – in 2015, we expanded the system so it would hold up to 96 terabytes of information. The EditStor is our lifeline for all of our sports teams’ content. We have 11 workstations connected to it. Everything we record, live games, ENG’s (Electronic News Gathering,) all goes through the EditStor.”

Gamecocks Productions’ work environment includes such tools as Adobe Creative Cloud. The team’s EditStor is connected to a Telestream Pipeline (recording device) and then on to the CatDV logging system. Gamecock Productions also relies on a wide range of cameras including such 4K and 2K cameras as the Red Camera and Sony’s FS7 and FS5 cameras, as well as the Sony A7S, the Cannon’s 5D and 7D. “All of our assets live on the Archion server –it’s become a critical piece of equipment for every project we do here,” says Danna.

“For the past 9 years, I have come to depend on Archion for reliability. Archion’s products don’t require any additional ‘middleware’ to move files. Our EditStor unit is ideal for our current needs. There are so many other products out there, but in the end, for us, Archion’s service is always reliable and their product is solid. Also, on the service side, they have always been very responsive to ensure any issues are resolved very quickly. They’ve never let us down,” Danna concludes.