When director and action DP Lawrence Ribeiro wanted to direct his own short film, The Chase, he wanted a slick finished product He chose the JVC GY-LS300 4KCAM handheld Super 35 camcorder. Essentially a 90-second car chase preceded by stylish establishing shots of Los Angeles, the film was shot over two days in Los Angeles in 2015 and released on YouTube in October 2016.

Ribeiro trained for six weeks to prepare for the project and shot the film entirely handheld, choosing the JVC GY-LS300 specifically for its design. “A lot of times you’re in awkward positions and camera weight can make the difference between getting a shot. I think one key factor is how the camera combines lightness, ergonomics, and 4:2:2 recording capabilities,” Ribeiro explained. “That lends itself to speed and more dynamic filmmaking. Without that combination, I couldn’t have made this piece.” 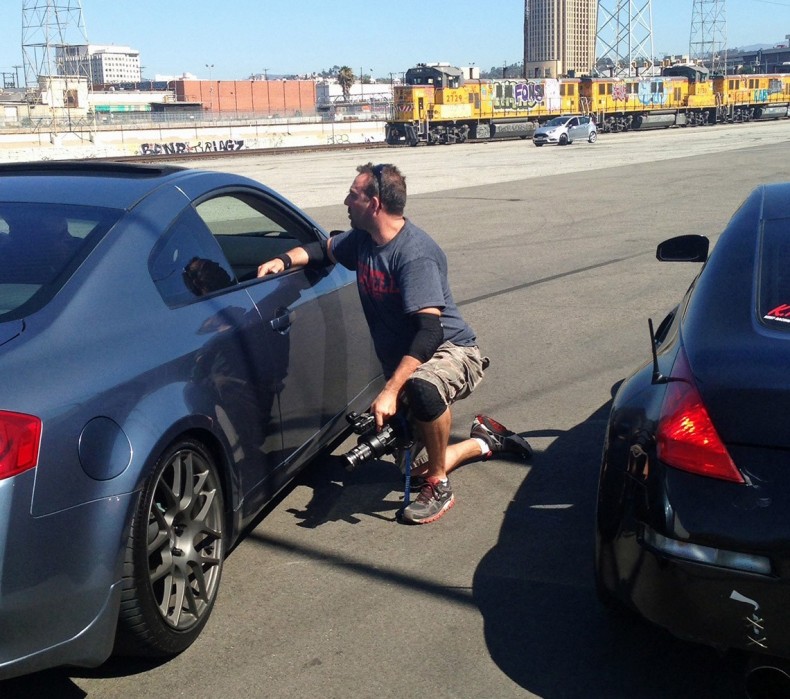 With the help of a professional stunt team and top post-production houses in Hollywood, Ribeiro created The Chase as his own high-quality showcase that harkened back to the BMW short film series from the early 2000s. “To some degree, it’s a very fancy business card,” Ribeiro said. “The images are quite good, and I didn’t even use the camera’s full 4K capabilities.”

To achieve a cinematic look, Ribeiro paired the GY-LS300 with an Olympus ED 12‑40mm f/2.8 lens. Ribeiro used the camera’s built-in LCD display to frame shots without an external monitor, while the zoom lens allowed him to get the shots he needed without changing lenses. “I’m all about efficiency,” he noted. “If you have a bigger or heavier camera, you end up getting less cutaways, less insert shots, less texture for the edit because you can’t move fast enough. I was able to manipulate settings with the JVC camera that you’d normally have to do in post.”

Designed for cinematographers, documentarians, and broadcast production departments, the GY-LS300 features JVC's 4K Super 35 CMOS sensor and an industry standard Micro Four Thirds (MFT) lens mount. With its JVC's Variable Scan Mapping technology, the GY-LS300 adjusts the sensor to provide native support of MFT, PL, EF, and other lenses, which connect to the camera via third-party adapters. Other features include Prime Zoom, which allows shooters using fixed-focal (prime) lenses to zoom in and out without losing resolution or depth, and the JVC Log gamma setting, which expands dynamic range by 800 percent with film-like latitude.