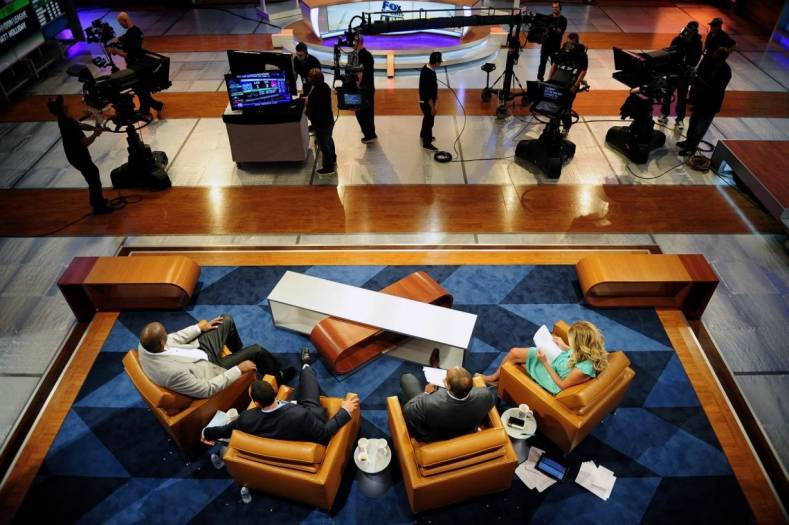 When you think of the Super Bowl broadcast, don’t just think of a single football game. It’s a massive week-long production with hours of programming leading up to the game itself. This is where Avid is providing a supporting role to FOX Sports, this year’s broadcaster of the game in the United States.

Using three Game Creek Video Encore mobile units as its central facility for broadcasting the game, FOX also has several other interconnected mobile units from Game Creek clustered into a central broadcast center in Houston that will feed a week of programing to FOX Sports headquarters in Los Angeles.

Installed in this remote broadcast center is 320 terabytes of shared storage using Avid’s ISIS 5500 system, which takes up 12 rack units with three additional rack units for network switching. There is also battery backup should power go down at the Super Bowl. An estimated 27 terabytes is used to store archival footage from the two competing teams.

Each ISIS 5500 enables up to 90 contributors to connect and simultaneously access the same media. They can share up to eight million files on each storage device. FOX Sports is using Adobe’s Premiere for video editing all segments for the coverage. Each is mated to the ISIS 5500 with dual gigabit connections.

In 2015, Avid and Adobe formed a partnership to optimize Premiere with ISIS. After extensive testing, Adobe implemented local caching that significantly sped up the performance between the editor and storage. By centralizing the cache onto ISIS, users reduce the need to provision more storage on every workstation, while maintaining maximum editing and playback performance. 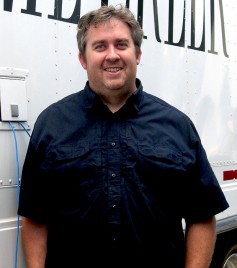 “The ISIS sits at the core of the entire production and holds all the video,” said Kevin Callahan, vp of field operations for FOX Sports. “All the 5500s are dedicated to editing and for distribution to all the FOX Sports shows that need footage. It’s the gateway to and from our facilities in Los Angeles, where most of our shows are finished.”

Because programming is being produced all week prior to the game for the FOX Sports 1 network, FOX is also using Avid’s iNews system to aid the production. Most of the shows are produced in a news style format, making it a bit like operating a large network news organization. 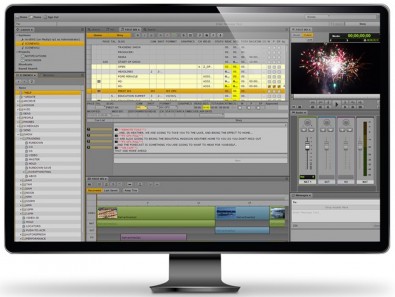 Avid’s iNews system will have between 50 and 80 user seats in Houston and another estimated 250 seats 1300 miles away at the Los Angeles headquarters. All are interconnected to the ISIS storage systems.

Rather than use Avid’s MediaCentral technology for the Super Bowl, FOX has chosen to move the elements back and forth between Houston and Los Angeles using Levels Beyond’s Reach Engine media management platform and Aspera, a unit of IBM, who is managing the file transfers with its FASP data transport technology.

“For our studio programming, everything is formatted as any typical news show and iNews allows the producers to make sure that we stay on time and informs everyone what elements are needed for different segments and shows,” said Callahan. “It also helps us run automation back at the LA facility.”

Though iNews is not being used in the Super Bowl game broadcast itself, the system is being used on all FOX Sports programming during the week, including the Super Bowl pre-game, NFL Kickoff and a series of weekly shows on FOX Sports 1 including FOX Sports Live, Undisputed, The Herd, Garbage Time, Speak For Yourself and NASCAR Race Hub, which is originating for the week from Houston.

Avid is also enabling LiveLike, an immersive experience whose virtual reality platform is powered by the Avid 3DPlay graphics and video processing solution. Through the FOX Sports VR app, viewers can immerse themselves in a virtual suite at the stadium, view different camera angles and watch VR replays. FOX Sports is using the speed of Avid shared media storage to handle the large files generated from six high-resolution 4K cameras for the VR experience.

In addition, Twizted Design’s Flowgic real-time data integration application and Avid’s HDVG rendering platform will add a layer of augmented graphics to the field during game time, enabling LiveLike to display elements like Jumbotrons, clocks and scoreboards with real-time data during the live game without the need for a human operator.