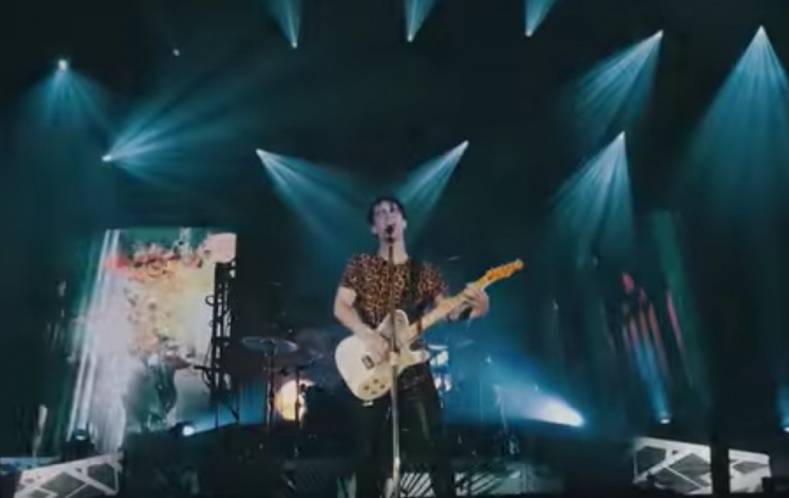 When Weezer and Panic! At the Disco shared the stage in their 42-city tour, Blackmagic Design made their rockin’ world come alive.

One of 2016’s hottest stage shows burned up the circuit when alternative power pop indie rockers Weezer joined the pop-oriented punk rock band Panic! At the Disco for a 42 city co-headlined summer tour.

As anyone who has attended an ear-splitting rock concert knows, however, the experience is as much a visual onslaught as an audio tsunami.

So when Production Designer Robb Jibson of the Chicago firm So Midwest set out to design the visuals that would explode on the giant IMAG (“image magnification”) LED screen that looms over the stage, he turned to Blackmagic Design equipment.

“We’re constantly scheming to come up with a different look,” Jibson began, “so that’s how we came up with the flexibility of the Blackmagic Design 4K cameras. Then we also needed a better switcher, and Blackmagic provided the best for our needs. All down the line, since we wanted to stay on the bleeding edge of the latest 4K technology, we kept coming back to Blackmagic Design gear.”

Each live program was shot in 4K, but recorded in 1080P because of storage limitations.

“Recording 42 shows, each three hours long, would just eat up too much digital space even though we were using HyperDeck Studio Pros for recording after Teranex Express format conversion,” said Jack Edinger, the tour’s Video Director. “And since it was 1080 progressive, I really like the look of the image especially since the Blackmagic cameras allowed us to use interchangeable photo lenses to get a cinematic look.”

The output of the four Blackmagic Studio Camera 4Ks looked stunning on the humongous IMAG screen when Edinger splashed them up there from the ATEM 2 M/E Production Studio 4K switcher with the help of a ATEM 2 M/E Broadcast Panel.

“I really liked the large viewfinder on the back of those 4K Studio Cameras,” Edinger said. “Because we were shooting at f 1.2 or 1.8, critical focus was totally necessary.” 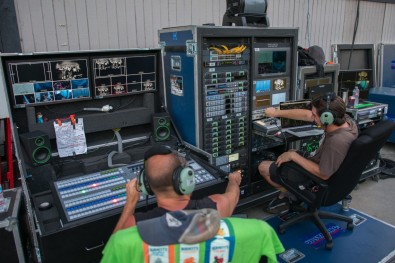 For power and communication, the cameras were connected via fiber optic cable through a Camplex FIBERJ-P1 FiberJuice box. ATEM software was run on a laptop to load graphics for the show, to shade some of the cameras, and for downstream keying.

However, even rockers need to watch the bottom line.

“The vendor we were working with, Upstaging, were willing to open their wallets to get us the equipment we needed for this tour,” Production Designer Jibson said, “but we were able to put together this whole complement of equipment from Blackmagic Design for less than the cost of buying a standard 100 mm broadcast ENG lens. And that includes cameras, switchers, road cases, recorders, routers and lenses.”

Of course, at the end of the tour, the equipment goes back to the vendor.

“Since we pay on a weekly rate, that gives us more money for confetti, lasers, smoke machines, or lights,” Production Designer Robb Jibson finished up. “I look at Blackmagic Design as the Uber of this world since it changes the whole dynamic of putting on this kind of show.”

Video Director Jack Edinger is taking the same equipment package back on the road touring with Panic! At the Disco in February 2017.