The TASCAM CD-A580 offers the ability to record from cassette to MP3 on USB.

Joe Stopka, Director of Sales and Business development for TASCAM said that as much as the audio world is shifting to digital, there is still strong market demand for a cassette device. And the company’s new CD-A580, with the ability to not only play cassettes but to record from cassette to MP3 on USB, provides the perfect bridge from the past to the future. 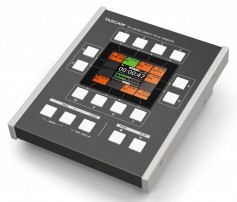 These highly portable units have also been designed to pair with and power the new RC-SS150 Flash Remote controller, which features a full color LCD screen, Start and Stop control and 12 flash play buttons.