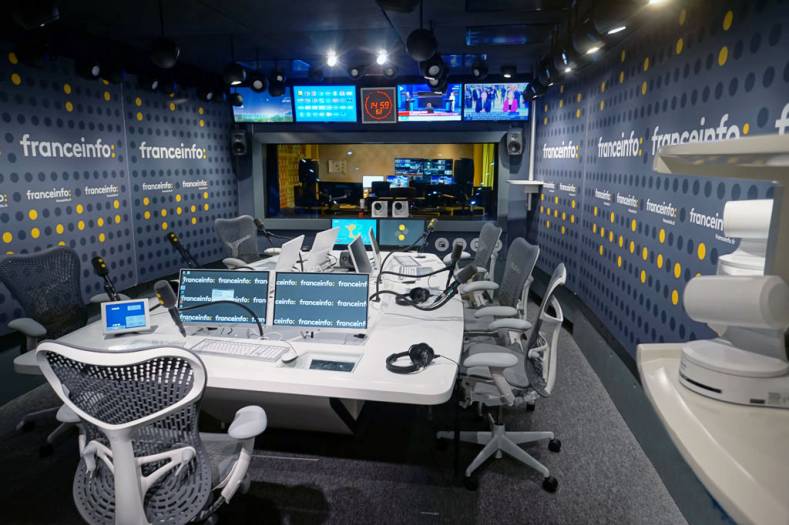 The installation bridges tv and radio.

French state broadcaster Radio France has completed a successful integration of its radio news production with that of public news channel franceinfo.

“The brief was to maintain the experience of making continuous news which Radio France has been doing for 35 years while adding a new TV dimension,” explains Michel Ranson, Directeur Adjoint à la direction des Moyens Techniques at Radio France. “We also wanted to keep the same production methodology and existing tools including the OpenMedia News Management system from Annova.

"The main difficulty of this project, however, was the deadline for completion since the on-air date was set to September 1. BCE proposed a solution which would meet all these challenges.”

Jean-Michel Kandin DGA Techniques et technologies nouvelles at Radio France explains that the project was innovative in three ways. “Firstly, in that a radio company had to integrate the requirements of television. Secondly a quite unique project since it is the first time that we combine the flexibility of radio with the industrial side television, and thirdly an almost impossible bet because of such tight deadlines.”

In just three months, BCE teams installed three production studios with respective control rooms and an automated platform, Mosart from Vizrt, to manage the content and the branding of Radio France.

The key editorial philosophy was to deliver TV news at the pace of radio news. Ranson, dubs it “an almost industrial pace of production”. That meant delivering a one minute headline news programme every 10 minutes, from six o'clock in the morning until midnight. The presenters work in shifts with content created by Visual editors who send information to automated production platform Viz Mosart which manages the continuity of the information. 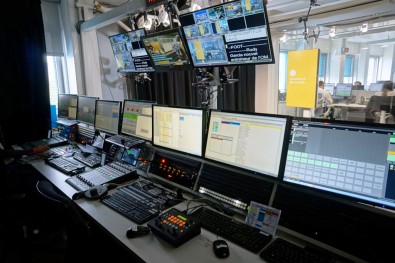 To achieve this, BCE and Radio France created a new Headlines Control Room. Located in the Radio France newsroom, presenters read breaking news headlines every 10 minutes simulcast on tv and radio. Located next to them is a video totem or vertical screen which broadcasts content matching the topics synchronised with the teleprompter and prepared by other journalists. The presenter has foot pedals to change the content on the screen.

In addition, radio Studio 421 has been transformed into a multimedia studio equipped with seven HD motorized PTZ cameras as well as a video wall located behind the guests that display news, logos and channel branding operated by the automated production platform.

A new production control room has been added to the existing radio platform. This infrastructure controls cameras, sound, the video wall as well as all the secondary events for TV broadcast. 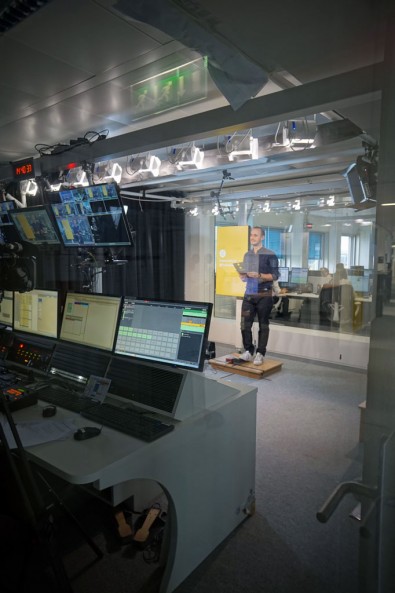 “Studio 421 perfectly marks the transition between radio and TV, merging the two worlds by broadcasting content on both radio and television," says Philippe Mauduit, Directeur Général Délégué at BCE France.

"One of the difficulties of the project was to be on-air for the deadline and have people trained on the deployed tools,” adds Ranson. “BCE was able to provide a global response to all these questions: a technical solution and at the same time the means to exploit it while making a transfer of knowledge.”

A third studio was also revamped. Studio 221 is used for talk shows such as the daily political show hosted by Jean-Michel Apathie and another political programme ‘Les informés’, broadcast in the evening and followed by ‘Le Classico’ that focuses on sports news. 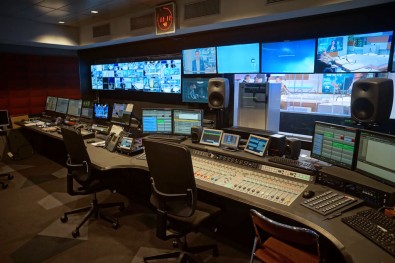 This studio is equipped with ten robotic HD Panasonic HE-AE130 cameras including one with motorized rail. The programs are broadcast both on radio and on television. To keep the soul of the radio, the studio has voluntarily been equipped with swan neck microphones. The studio also has several screens on which are broadcast content, branding and sets.

Integrated in the new control room are SAM edit and server systems and a SAM switcher, DHD audio equipment and a Vizrt graphics system, all perfectly connected to the Mosart automated production platform.

"Our relationship with BCE was not stuck to a customer-supplier relationship. We were partners,” asserts Kandin. “We met once, set a goal and a deadline and then the teams have worked together. The channel was delivered on time, under the intended conditions of use and that was the most satisfying with this relationship with BCE.”