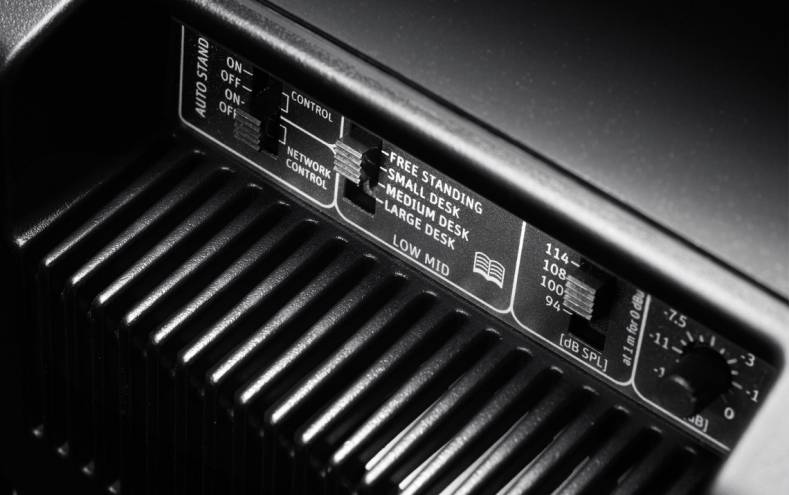 With the KH 80 DSP speaker, it was Neumann’s first studio monitor with digital signal processing. In designing and building it, Neumann’s engineers faced an issue of how to calculate the unknown. In this case, it was finding a way to accurately measure the acoustics of the listening room. 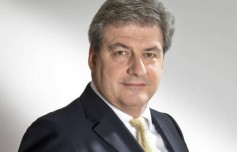 With the soon to be released “Neumann.Control” software, the Neumann KH 80 DSP two-way near-field studio monitor will be able to do just that: fully calibrate itself to the room. This will be performed either automatically (precision alignment), with some simple questions (guided alignment) or adjusted with complete flexibility using the built-in eight-band parametric equalizer (manual alignment). 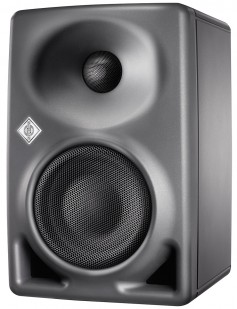 “In the KH series, we have always been obsessed with the details when it comes to the calculation and modeling of the drivers, waveguide and cabinet,” said Wolfgang Fraissinet, president of Neumann.

The result is a frequency response with such neutrality that it defines a whole new reference class – and at a price that was previously unthinkable for a Neumann Studio Monitor. Using mathematical models, the two drivers were calculated to a degree of depth which is unusual even for our industry, said Fraissinet. 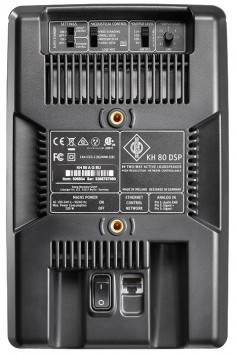 Nonlinear distortion is thus minimized from the very beginning. The MMD Waveguide (Mathematically Modeled Dispersion) optimizes the frequency response on- and off-axis, and enables more movement within the listening area and more consistency even in the most varied acoustic environments.

The KH 80 DSP was designed for recording, mixing and mastering in project, music, broadcasting and post-production studios.

Every mechanical and electronic element – from the driver to the amplification – is handpicked and harmonized in accordance with Neumann standards. The DSP engine also ensures a linear frequency response with a FIR filter. This makes sure that in every environment all frequencies are precisely timed.