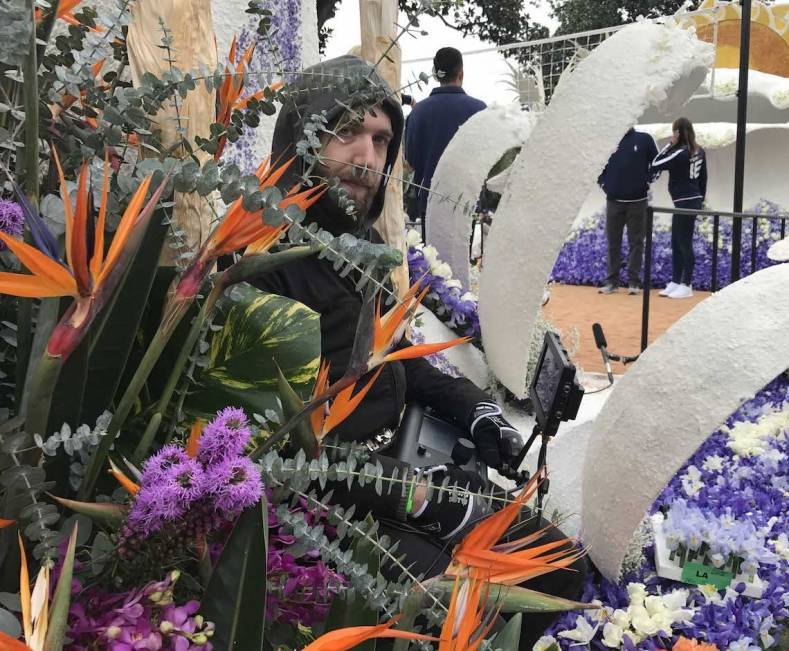 Absolute Live Productions, a streaming, production, and equipment rental company, used the JVC KY-PZ100 robotic PTZ IP video production camera to stream live footage from a client’s float during the Rose Parade earlier this month in Pasadena, Calif. Based in Los Angeles, with offices in Burbank, Calif., and Las Vegas, Nev., Absolute Live Productions has been working with a New York-based social media agency to assist one of its clients in online marketing efforts.

According to Dave Rosen, CEO of Absolute Live Productions, the decision to use a PTZ camera during the parade was due to the limited space on the float. Only one camera could be used, and there was no room for a tripod or handheld camera.

The JVC KY-PZ100 was installed toward the top of the float. Rosen said the camera’s mounting bracket made it easy to pre-wire the float and then quickly attach the camera before the parade.

Dan Swerdlove, director of streaming operations for Absolute Live Productions, was strapped to the float on a small chair. His lap desk included the JVC RM-LP100 remote camera controller and a seven-inch LCD monitor mounted to a short arm. The camera signal was looped to a TVU TVUPack TM8200 uplink backpack (stashed behind float foliage) for streaming along the busy parade route.

“The JVC camera allowed us to have more coverage and full control over our broadcast,” Rosen said. “It allowed us to do a really beautiful wide shot where we could see the participants on the float, and we were able to zoom in past the float and see the people way off in the grandstands. We are extremely happy with the results.”

Absolute Live Productions purchased two KY-PZ100 cameras in December, and used one for the first time at the Rose Parade. Rosen is excited about the camera’s built-in streaming, and said the camera’s accurate preset positions, which can be performed at a range of speeds, will help the company deliver professional results with two-person crews.

“A lot of our projects are three-camera shoots, and there is just not the budget to have three camera operators for the show,” Rosen explained. “For us, there really is no better choice than the JVC PTZ to bring the high quality our clients demand at the price point they want.”

Available in black and white housings, the KY-PZ100 features a 1/2.8-inch CMOS sensor and 30x optical zoom lens, and its f/1.6-4.7 maximum aperture delivers excellent low-light performance. When connected to a Wi-Fi adapter or LTE modem via USB or directly connected to a LAN, it streams up to 1080p/60 video at a variety of bit rates with two-channel audio and minimal latency. The KY-PZ100 also supports on-board HD recording at up to 50 Mbps to a MicroSDHC/SDXC media card, and recorded files can be uploaded to an external server.