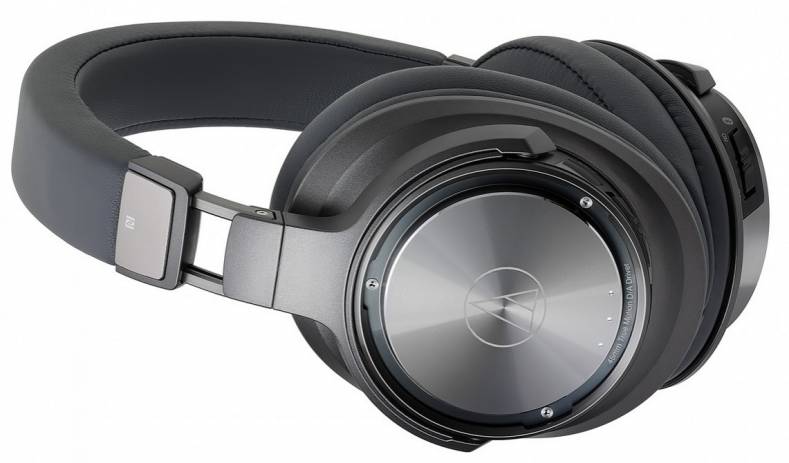 Audio-Technica has announced its ATH-DSR9BT and ATH-DSR7BT Wireless Headphones with Pure Digital Drive technology that keeps the audio signal completely digital from source to driver.

Audio-Technica said the new headphones are a first in wireless headphone sound quality. Typically, in headphones using Bluetooth wireless technology, the digital signal goes through a series of steps that process and transform the wireless signal.

With each processing step, there’s an opportunity for distortion and disruption in the audio quality. With the Pure Digital Drive system used in the ATH-DSR9BT and ATH-DSR7BT, Audio-Technica has overcome the problem. 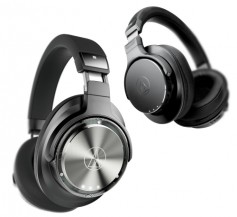 The company said the Trigence Semiconductor Dnote chipset is used instead of a traditional D/A converter and amplifier. The Dnote system keeps the audio signal entirely in the digital domain from the source right through to the driver, thereby eliminating the opportunities for disruption or distortion that occur in the conversion stages employed in traditional systems.

The digital pulses generated by the chipset directly excite the voice coil(s) of the driver to move the diaphragm forward and backward to create the sound waves heard by the user.

Audio-Technica engineered the drivers from the ground up. A four-wire voice coil is used in the ATH-DSR9BT to provide precise control of the diaphragm displacement, resulting in improved accuracy in the audio representation.

The ATH-DSR9BT has an acoustic damper inside its housing to control the airflow in front and behind the diaphragm to further tailor the sound to achieve smoother, more natural audio reproduction across the entire frequency range.

The driver assemblies and housings are engineered to operate together as a complete system to deliver the required volume output along with wide frequency response and high efficiency, and take best advantage of the exceptional sonic purity provided by the Pure Digital Drive system. 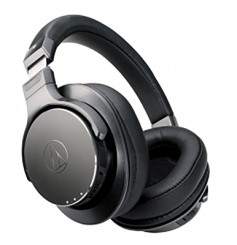 The ATH-DSR7BT is built upon the design and engineering of the ATH-MSR7. The headphones share features of their drivers and driver housings, including lightweight voice coils and a diaphragm that improves transient response of the driver.

The headphones’ printed circuit boards are mounted away from where they could interfere with the driver’s acoustic response, and a layered aluminum housing reduces unwanted vibration and controls internal airflow for maximum audio clarity.

The Pure Digital Drive system also enables the ATH-DSR9BT and ATH-DSR7BT to overcome the sonic limitations of conventional Bluetooth transmission. The headphones support aptX HD, aptX and AAC codecs (as well as the SBC format) at up to 24-bit/96kHz and up to 24-bit/48kHz signals in Bluetooth mode.

Both feature NFC (Near Field Communication) functionality for ready pairing with an NFC-compatible device and remember up to eight devices for automatic re-pairing. Both models feature a built-in mic and controller for answering calls and controlling volume and music playback.

The ATH-DSR9BT and ATH-DSR7BT are able to deliver Hi-Res Audio compliant playback from audio sources when connected via their included USB cable. All the controls and indicators for both models are mounted on one of the earcups for ready access.

On both models, three LED indicators provide pairing and charging status, battery level and the codec in use. Both headphones feature soft formfitting foam earpads and a padded headband for total long-wearing comfort. Both models have a rechargeable battery that provides 15 hours continuous use (1,000 hours standby).

The Audio-Technica ATH-DSR9BT and ATH-DSR7BT Wireless Headphones will be available in the spring at $549.00 and $299.00 respectively.