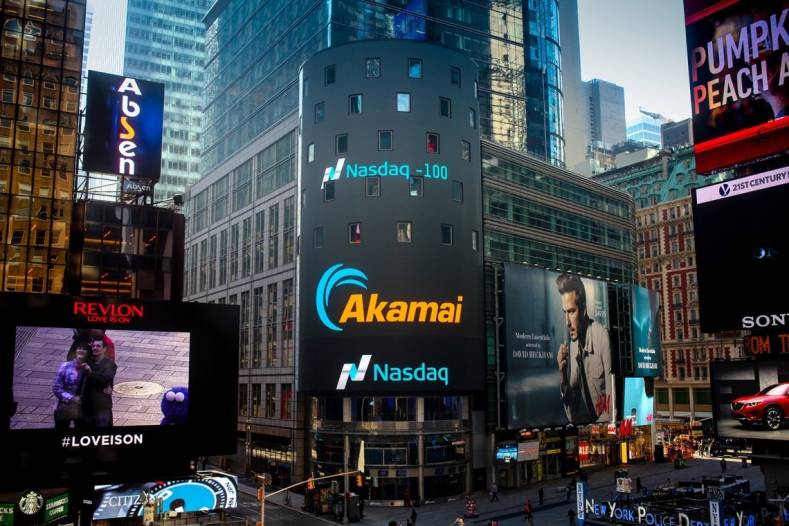 Akamai was confident that Internet connection speeds would not ruin OTT video experiences over the 2016 winter holiday season.

Akamai Technologies, the firm synonymous with CDN services, has given Europe good marks for broadband speeds in its Third Quarter, 2016 State of the Internet Report. The principle measure is not how fast broadband speeds are increasing but whether they are keeping pace with inflation in consumption and user expectations.

The key test comes at peak times both during the day and by season, with the Christmas holidays being particularly challenging in Europe because they are religiously celebrated in most of its countries.

“The holiday season serves as one of the true tests of Internet connectivity as consumers activate slews of connected devices at the same time and more families are at home collectively pushing their broadband capabilities to the limit,” said David Belson, editor of the State of the Internet Report. “The good news is that those limits are getting higher as we have continued to observe positive long-term trends in both average and average peak connection speeds around the world. While ‘batteries not included’ may still cause some unwelcome surprises, we’re optimistic that connection speeds won’t spoil the holidays this year.”

The report indicated that the majority of European consumers would enjoy good viewing experiences at peak times, unlike a few years ago when buffering and pixilation were common causes of frustration and turn off.

While average connection speeds in Europe increased in all countries surveyed year-over-year, there were significant country differences which varied according to the particular metric. In terms of speed increase over the year Slovenia rising to 14.1 Mbps posted the largest at 45 per cent. Twenty-eight countries achieved double-digit gains, with six (Bulgaria, Croatia, Italy, Malta, Slovenia and Spain) witnessing average connection speeds rising by at least 25 per cent.

However, Norway retained top spot for speed overall despite slipping in the third quarter by 0.2 per cent 20 Mbps, just ahead of neighboring Sweden in second place at 19.7 Mbps. With Sweden up by 4.6 per cent it is probably number one now as the data pertains to Q3 2016.

When it comes to peak rates, Romania remains the surprise leader at 85.0 Mbps, with 25 European countries having average peak connection speeds of 50 Mbps or more, actually down by one over the third quarter.

Europe also fared well for passing the 25 Mbps milestone, deemed by some to be a measure of super broadband capable of delivering HD video to several screens alongside basic Internet access. Six European countries featured in the global top 10 for 25 Mbps broadband adoption: Norway at number 2, Sweden 4, Switzerland 7, Finland 8, Latvia 9 and Denmark 10.

When it comes to mobile speeds it is a different story, with the UK having consolidated its number one position as number one at average cellular connection speed of 23.7 Mbps for the third successive quarter. The UK was only 12th for fixed broadband, which averaged slower than mobile at 14.9 Mbps, reflecting the country’s failure to roll out fiber to rural communities. Indeed, there is growing interest there in bonding fixed and mobile together to achieve super broadband speeds away from urban areas.

Akamai’s strong worldwide CDN market share of at least 25% has placed it well to survey broadband trends by analyzing data entering its network, but it is now facing intense competition and losing ground. While traditional rivals like Level 3 and Limelight remain competitive it faces very strong second generation more recent entrants, notably Amazon, Comcast, Google Cloud, Verizon, Fastly and IBM. Fastly stands out as the only dedicated CDN player on this list but is still second generation in that it was only founded in 2011 with a focus on real time data and growing fast from a modest base, set to double revenues to about $100 million this year. Of the others, Amazon is still gaining ground quite rapidly, with its Web Services division (AWS) on track to grow from $7 billion in 2015 to $10 billion in 2016.

Comcast is new to the game but will be a strong CDN player in the US at least as a result of being the only one to own the access network, or last mile. Google Cloud is just getting going but of course cannot be dismissed with the resources and technology behind it. Verizon is still building its platform but is bound to win some business in the US. IBM is least known to many on the video front but has been investing heavily across the whole broadcasting sector, as well as in data transport and now CDNs.

This raises the key point that the market has morphed from being a pure CDN service to an end-to-end platform play, as is clear from the recent acquisitions made by these providers. IBM has leapfrogged straight into the platform market by buying Ustream and Clearleap. Amazon has done so by acquiring Elemental of software video transcoding fame, while Level 3 has bought Servecast and Limelight has purchased Delve. Verizon acquired Uplynk and Volicon, while Comcast has muscled in by taking over thePlatform. Akamai’s most recent acquisition in October 2016 was of Soha Systems, a specialist in enterprise secure access delivered as a service, so this again has an end-to-end focus.

As online video analyst and blogger Dan Rayburn has commented, the future of CDNs is all about live linear platforms leading towards a holistic video ecosystem.