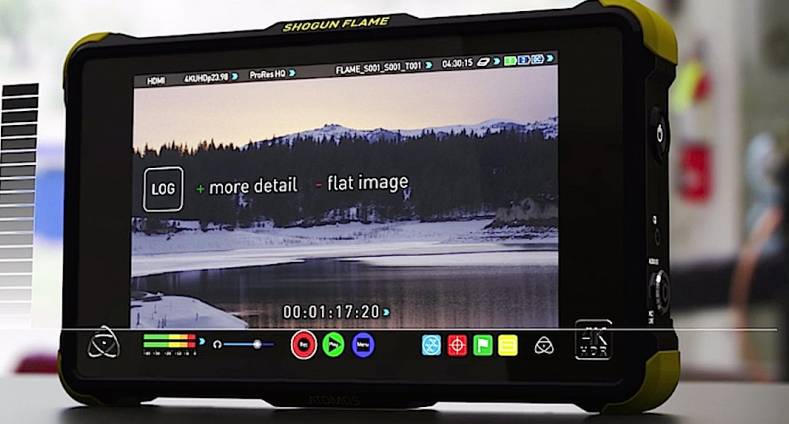 Atomos is making their on-camera HDR-enabled recorders available at a discounted price—just as YouTube gets ready for HDR video.

“Atomos really invented the category of attaching external recorder/monitors to DSLR cameras about 6 years ago,” Tony Trent, GM of Atomos Global told The Broadcast Bridge, “and this made life much easier for editors who did not want to wrestle with compressed MPEG files. It gave to post their preferred Pro Res or DNxHD format files and to camerafolk a decent 7-inch or greater LCD screen to look at.”

Now comes the advent of HDR (High Dynamic Range) video on delivery platforms such as Google Chromecast ultra, Sony PS4 Pro, Amazon, Netflix and Vudu and, most ubiquitously, YouTube. HDR has grown so much that the CEA predicts the leading Christmas gift in 2016 will be Ultra HDR TV sets, at least for those interested in the best home video.

Therefore, since Atomos is one of the few companies that has developed its own OS for its on-camera recorder/monitors, they have stepped up to create the new OS 7.12 that makes their systems HDR capable.

“We could see the writing on the wall, and knew that HDR will be the next big thing,” Trent said. “After all, any camera that can record Log can record HDR. So we wanted to get ready for it by letting you see HDR in the field.”

Across their Inferno, Flame and Blade Series of pro monitor/recorders, AtomHDR technology is giving users with a Log output from their camera the ability to capture 10.2 stops of dynamic range. That way, along with their patent pending HDR waveform and HDR slider, shooters can make setting exposure for HDR delivery simple and precise on the recorder’s 15 nit display screen.

To make it even sweeter, Trent said that OS 7.12, is not only a free download, it also broadens Log support to include Sony S-Log, FujiFilm Log and Canon C-Log 3 in addition to previous support for Panasonic, JVC, Canon, Sony, Red Digital Cinema and Arri Log curves.

With this new OS 7.12, you get HDR and SDR in one unit so that if you expose correctly in Log for HDR you can deliver in Rec709 for SDR with less noise. 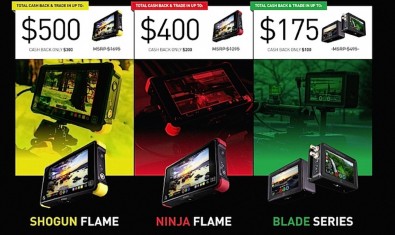 To accompany the new OS 7.12, Atomos is discounting their recorder/monitors

Along with this new OS, Atomos is reducing the cost of their pro recorder/monitors.

Each deal comes with cash back and trade in offers.

“Not only is OS 7.12 a free upgrade, but we will be offering more free upgrades to our customers as new features are developed,” Trent said. “Now that YouTube is accepting HDR, we think this will be the video format of the near and distant future.”