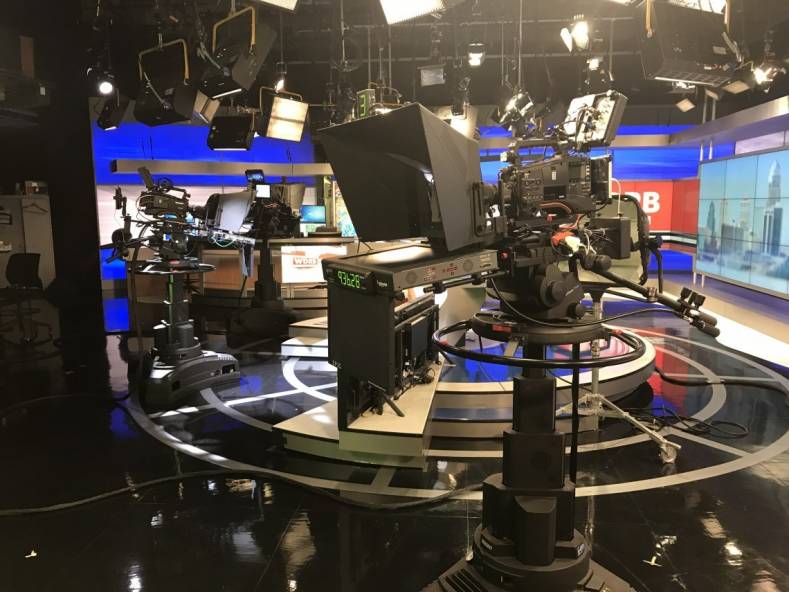 For a growing urban area, local broadcast TV stations are under pressure to give residents news that is hyper-local, live, and well executed. With this goal in mind for Louisville’s metropolitan region, Fox affiliate WDRB-TV invested in an extra studio and put Autoscript E.P.I.C. teleprompters at the forefront of their new facilities.

Autoscript's E.P.I.C. combines a bright LED-prompting screen with an integrated 19 inch full HD-SDI on-air monitor. Unlike some camera-pedestal mounted monitors that require a bracket underneath the unit this prompter doesn’t require an extra mounting bracket so the camera operators at WDRB-TV can utilize the full camera tilt without restrictions.

“We have about 8 1/2 hours of news per day, basically covering more news than any other station in the state. Recently, we’ve expanded, to two studios instead of one. We purchased three new Panasonic AJ-PX380G cameras with Fujinon HTs18x4.2BERM lenses, three new Vinten Quattro pedestals, and three Vector 700 heads. To give the anchors the same feel moving from studio A to studio B, we also bought six Autoscript E.P.I.C. 19 inch Teleprompters. Initially, we were skeptical on whether or not the sled would work correctly, but it functioned perfectly. Everybody said these things were great, they look really nice and the anchors love to see the transmission feed-in talent monitor below.” 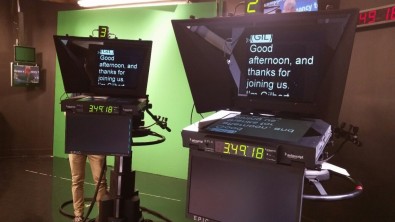 Schroder considered several solutions, but the E.P.I.C.’s integrated system was lighter in weight and used less power so he and his team were confident they had an efficient solution. And to go along with the prompter, Schroder chose to purchase the ClockPlus-E that clips in the front of the system and takes timecode data, tally status, and power internally from the E.P.I.C. system as well as the TallyPlus.

“The anchors love the clock on the front because they have that real time without looking over to the side. And the tally works great. We have the viewfinder light triggered by the camera control unit and the tally sensor detects that.”

Overall, the implementation of Autoscript provides significant benefits to the WDRB-TV Fox Station.