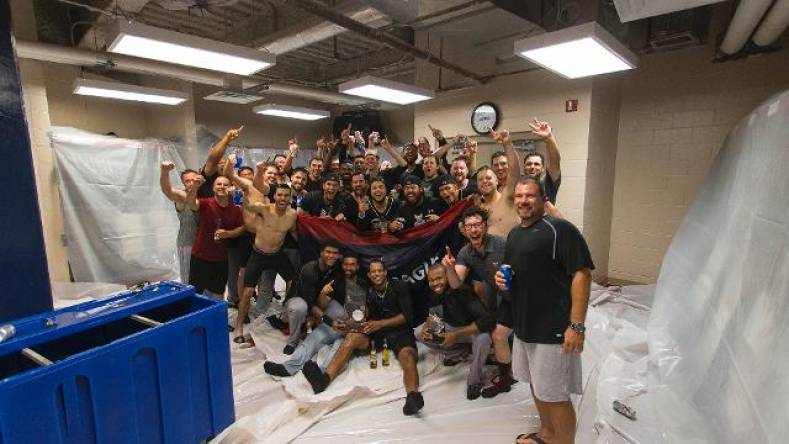 The LiveU took more than 130,000 followers into the locker room as players celebrated with Champaign after a big win for El Paso.

El Paso Chihuahuas use LiveU to stream on and off the field activities to Facebook Live.

The El Paso Chihuahuas, minor league baseball team in the Pacific Coast League (PCL) and Triple-A affiliate for the San Diego Padres, wanted to engage better with its 130K+ followers on Facebook. The team’s digital department had been dabbling in live streaming, but faced audio and video quality challenges when going live on Facebook.

“We have a tremendous following on Facebook and wanted to provide dynamic and entertaining video content to our Facebook followers,” said Juan Gutierrez, Manager, Video & Digital Production for the El Paso Chihuahuas.

The LiveU streaming encoder's ability to live deliver high-quality video content without the need for a SAT truck and lots of cable proved to be a good solution. The team conducted 1-2 streams per day, averaging 3,000 to 5,000 views each. During several post-game celebrations, the team saw the number spike to 20K per video.

"The encoder's direct integration to the our Facebook page helped us interact with our followers in an exciting new way. We could stream events happening in and around the ballpark without delay,” added Gutierrez. “The portability and the size of the device is perfect to add to a camera that is already running an in-house RF transmitter. The audio and video quality is incredible and accessing the unit remotely to begin a stream allows us to control when the operator is live.”

The digital team started off by showing the stadium’s groundskeepers preparing for each game. As online audiences grew, the stream content got better. “We started streaming ticket giveaways at local venues and grew to create more compelling streams featuring batting practice, game day previews and post-game interviews and celebrations. The technology definitely played a part in building our live audience.”

“This wireless solution has allowed us to engage our fans in ways that previously was not economically feasible. More fan engagement has resulted in greater awareness throughout our community which ultimately results in incremental revenue through ticket sales, corporate sponsorship, and merchandising,” said Alan Ledford, President, MountainStar Sports Group/ El Paso Chihuahuas.

One of the best moments for the production team was streaming the Chihuahuas players arriving at the airport after a playoff series win. The stream included interviews with players, coaches and fans while walking through the airport. The production team was able to welcome the team back and capture this amazing moment without being tethered to cables or other equipment. 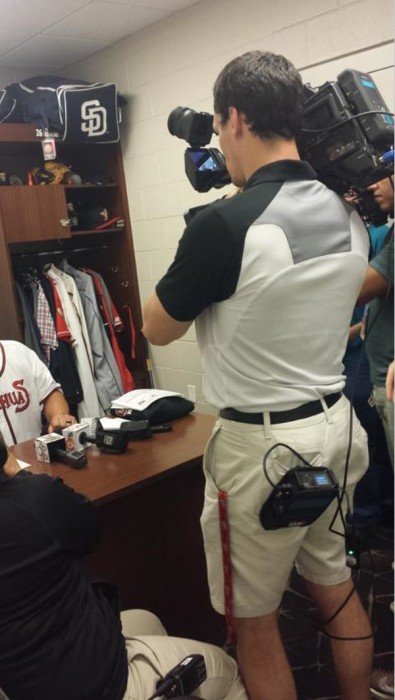 This year, the team had incredible success during the 2016 season and advanced to the Triple-A National Championship Game. The production team covered the event in Memphis for the fans at home.

“We were able to give our loyal fans a behind-the-scenes look at what was happening in Memphis,” Gutierrez said. “Without LiveU, they would have not been able to receive a tour of the ballpark or get a live look at the players getting ready for one of the biggest games of the season.”

The Chihuahuas won the Pacific Coast League Championship and fans had an opportunity to celebrate the team’s accomplishment as the championship trophy traveled throughout the city. The team used LiveU and Facebook Live to give El Paso viewers a close-up look at that day’s festivities.

As the trophy continues to travel, the production team is promoting each event to generate interest and onsite engagement. The Chihuahuas are hoping the post-season excitement will keep fans plugged in to what the team is doing, while also generating traffic to the Chihuahuas’ Team Store for Championship merchandise.

Software allows the team to verify and monitor audience statistics.

During the off-season, the team plans on utilizing LiveU to promote their mascot Chico, who makes more than 500 appearances in a calendar year and participates in a variety of educational programs ranging from reading to anti-bullying.

The Chihuahuas host a variety of off-season events and fundraisers such as soccer and boxing matches. The team will use Facebook Live to stream press conferences and promotional opportunities leading up to each main event.

Looking ahead to the 2017 season, the Chihuahuas will be using the system at Spring Training. The digital team will provide an in-depth look at who is having a good camp and who could potentially be on the Chihuahuas roster. In El Paso, the team will engage fans with a sponsored show previewing the upcoming series of that night’s match up. After the success of streaming batting practice during 2016, the team will continue to stream batting practice daily. Batting practice is closed to fans, so the only way to watch is on Facebook! Post-game interviews and big win celebrations will be streamed regularly on the Chihuahuas’ Facebook page.

“We are absolutely thrilled with LiveU and what we have been able to accomplish in a short amount of time. The response to our live streams exceeds the attention and engagement we’d previously received on a recorded video or static photo.”