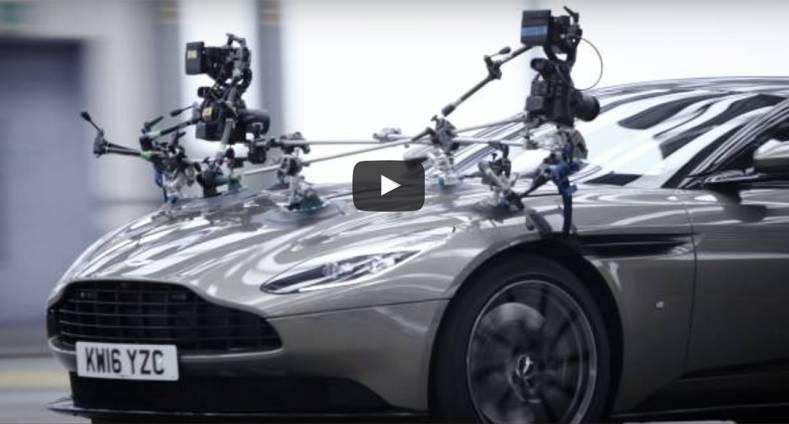 The latest in Canon’s Cinema EOS line-up, the C700 was announced just before IBC2016. Photographer and filmmaker, Clive Booth, was offered a pre-production prototype to test on a TV commercial project. Clive Booth directs short films and commercials as well as shooting stills, predominately portraits and landscapes. “For commercials I usually write the treatment then shoot it. There was some serendipity about this project, I was writing the treatment for a Hackett commercial in April 2016.” As a Canon Explorer, he regularly talks to Canon about new projects. They were interested in the Hackett shoot and started talking with about a new camera. 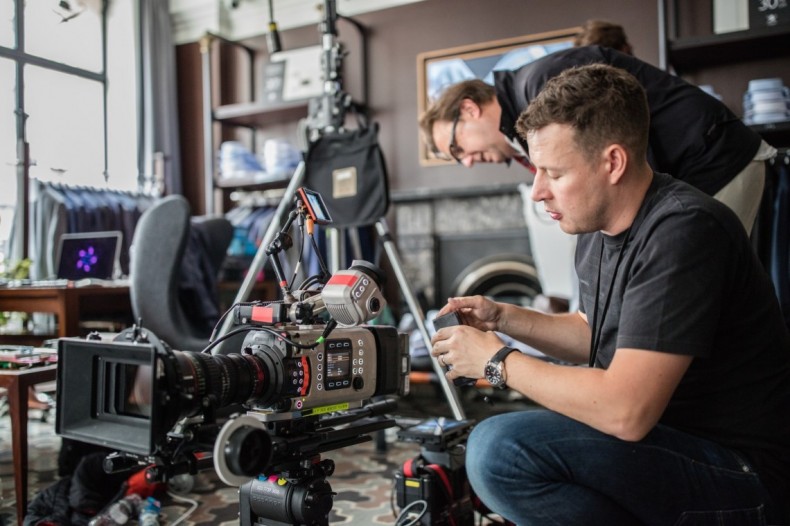 Checking out the new toy! Clive Booth with a pre-production Cinema EOS C700

Canon arrived with a prototype of the Cinema EOS C700 at the beginning of August, just in time for the shoot. Booth is used to trialling new cameras, he was one of the first to get his hands on the high resolution EOS 5DS.

The commercial was co-directed by Bill Waters. Booth continued “Went off-piste with the brief, it was to be built around the Aston Martin DB11 launch, their first new car for years.” British automaker Aston Martin and menswear retailer Hackett have entered a new, long-term global partnership. The first fruits of the new partnership were revealed when Hackett launched an exclusive capsule collection for Autumn/Winter 2016 entitled ‘Aston Martin by Hackett’, coinciding with the reveal of the highly anticipated DB11,

Booth was to shoot moving images and stills for the Aston Martin by Hackett project “Most project have stills and moving images. Clients benefit from the synergy” said Booth. “This year I have been predominately working with the moving image, last year it was stills. I worked on a personal project with people of Islay. I met DP, Chris Clarke, on the project”. Clarke was filming Booth at work with the EOS 5DS, getting on well together led to Clarke being called on for the Hackett shoot.

Although Booth often operates the camera on cinematography shoots, the Hackett was a very scripted shoot with relatively large crew, so there was no need to double up as DP and director. Canon and Codex Digital, long-time partners of Booth, both sponsored the shoot.

“We had a Steadicam operator with a C300 mark II and additional handheld C300 mark II.” The C700 was the PL mount version, and used for introductory shots taken at 5am in Regent Street (one of London premiere luxury shopping destinations). The 700 was A camera on the first day. We had a range of Cinema EOS glass. Shooting 4K RAW is a bit like the film days, where you are careful how much you shoot.

Booth explained that “What interested us most was the latitude the C700 gave us. I like to shoot with available light. In the shots in gentleman’s apartment there was a wide dynamic range, and that’s when I prefer to shoot raw.” The C700 can shoot RAW with the optional Codex recorder, which mounts to the rear.

“Shooting RAW we got another 2 stops range with the 700.” said Booth. The camera records compressed 4K to CFast “fine for viewing on a monitor, but for a big screen, always RAW. I prefer to shoot 4K even if the deliverable is HD. It gives space to crop.”

The commercial was shot mainly at 25fps, with some 50fps. “We didn’t have a need on the shoot to ramp up the speed. Where the camera came into its own was the dynamic range. The pictures graded beautifully, we were all hugely impressed with the camera.”

Codex Digital did the data management, they took files and created the proxies. The workflow was much the same as previous Canon cameras. The files drop natively into Premiere which makes it very easy. The offline was cut by Tristram Edwards on Premiere Pro. Edwards is a freelance editor who has worked with Clive Booth since 2010 for various clients including Amouage, Asus/Intel and Jack O'Shea, as well as numerous projects with fashion designer, Henry Holland and Canon.

Wes Shaw at Nice Biscuits finessed the online and VFX on a Flame at Nice Biscuits. Jacqui Loran graded on Baselight at Codex. Her background is with luxury goods and fashion. From her experience she brought the luxury look, working in the greens and whites for the commercial. 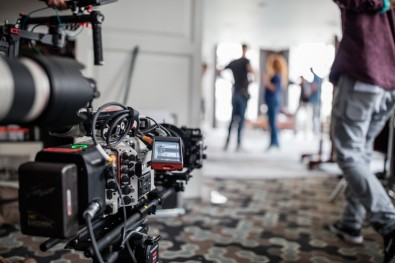 The C700 rigged for an interior shot

Chris Clarke is an experienced DP. Starting out as a tape editor, he moved to the camera department, getting ten years’ experience before becoming a fully-fledged cinematographer. He works in a wide range of commissions from commercials to short films.

Clarke rents cameras and glass as requested by clients. He feels the pace of technology advance to fast to make it worthwhile owning a camera. As a consequence, he has worked with a wide range of cameras including Canon C300 Mark II, Red, ARRI Alexa and even the Phantom.

He met with Clive Booth on a shoot for Booth’s Islay project. This documents the life of the inhabitants of the Scottish island, with a focus on the maritime rescue crew of the Royal National Lifeboat Institute (RNLI). In the associated video from Tangerine Films of London, Clark shoots Booth at work in his role as a Canon Explorer, using pre-production EOS 5DS to shoot evocative stills of the island people. After a day’s shooting they would talk cameras over dinner, so when Booth embarked on the Aston Martin/Hatchetts project he called on Clark as DP. The project was sponsored by Canon, and was to use the C300 mark II and ME200 along with 5Ds. 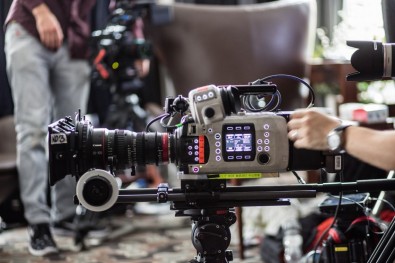 The C700 prototype hadn't been to the paint shop.

Canon wanted to trial a new camera, still with a development code name. One week before the shoot, the pre-production C700 showed up at Codex Digital’s London office (the camera has an option of a Codex recorder for raw files). The camera was unpainted, still in raw metal, with unlabelled controls, and no baseplate.

Clark wondered “is it going to be OK for the shoot?” With the C300 as the main camera, in case of problems with the prototype C700, the shoot wouldn’t be jeopardised. With no test day, Clark had little time to become familiar with the controls “the menu is fantastic. In twenty minutes I could work out what everything did, even without labels on the controls.” As a camera operator used to the C300 mk II, the controls follow the same layout.The C700 was used in 4K raw mode, and graded at 4K on Codex’s Baselight system.

“Clive doesn’t like to use lights” said Clark, preferring the look of natural light. This can lead to a high dynamic range in the scene, a challenge for any camera. “Canon recommended the native 800 ISO for the camera, and I had 7 ½ stops of over-exposure. 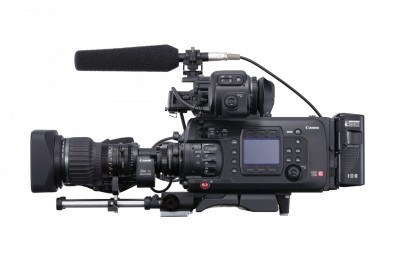 The C700 in its production finish.

What did Clark think of the new camera? “It would be good for commercials; clients are demanding 4K.” The C700 comes in three versions, EF or PL mounts with rolling shutter and a PL-mount with global shutter. “The global shutter helps a lot, I shoot music videos, with motions and flashing, and rolling shutter shows. The control layout is excellent—intuitive. It is handy having the power outlets” (the camera has 12 and 24V DC output to power accessories).”

The camera, Canon's first with a global shuttter (as an option), ships January 2017. 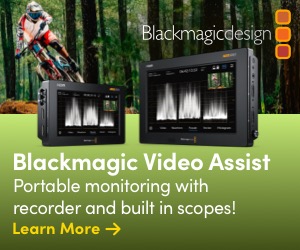