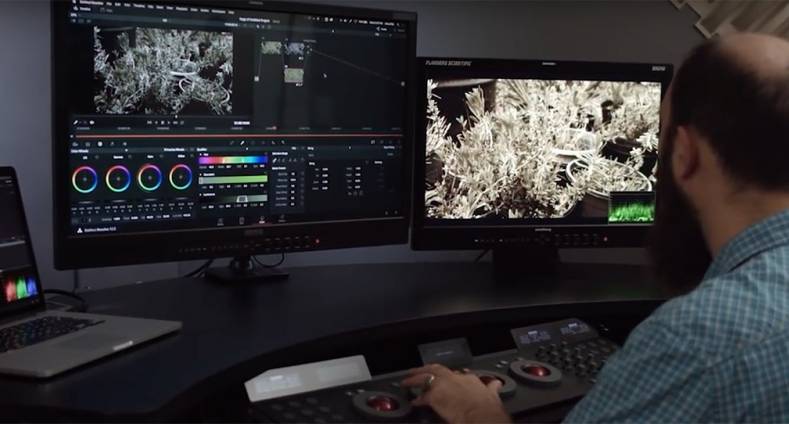 “The DM240 is the latest monitor in our DM series which carries the most advanced feature set of any of our monitors,” said Kris Merkel, marketing manager for FSI. “It’s slightly smaller and less expensive than our flagship OLED DM250, but provides the same level of performance.”

The DM series was engineered to be a color critical line of monitors and over the years FSI has progressively incorporated advanced features, many based on user request. But as Merkel revealed, FSI has a slightly different philosophy from some other display manufacturers.

“We’re not a company that is into selling monitors that are more expensive than the cars we drive,” he said, “So we try to strike a balance between features and affordability.”

But the DM240 definitely comes with features many DIT’s have asked for beginning with FSI’s advanced third generation Color Fidelity Engine (CFE3), which supports both 3D calibration and real time 3D DIT/Look LUTs. The monitor enables users to use an IP remote control utility that can be directly integrated with on-set color management solutions like Pomfort’s LiveGradePro for location color grading without the need for a standalone LUT box.

Other features unique to FSI’s DM series of monitors include DVI and DisplayPort cross conversion to SDI. The monitors provide a second screen video output for sending manipulated images to downstream equipment and a real time processing mode for instantaneous display of the incoming signal with zero delay for situations where timing is critical. 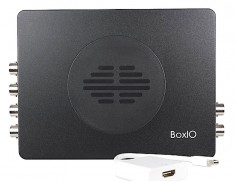 FSI’s BoxIO can be used for on-set color grading, calibration, and other LUT-based processes.

With its new frame callback feature, images captured in BoxIO's own RAW format can be displayed over SDI and DP as full resolution, full bit depth images. That enables reference stills, complex test patterns and the preview of new looks to be displayed on previously captured content. 10% and 5% windows have been added as options for TPG output and a slight horizontal shift in frame capture has been resolved.