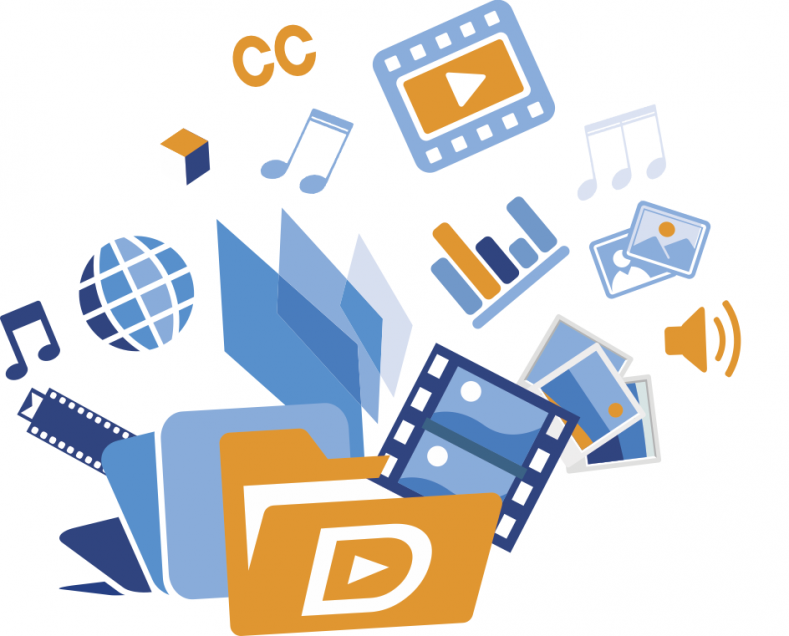 To get the best from an IMF workflow, machine processing of metadata is required

Video is a complex medium that requires both automatically created metadata and human authored, which is more flexible and accurate, thus providing a fuller experience to the consumer. Higher quality metadata leads to a more engaged consumer, which means monetized video assets. Kevin Savina, director of product strategy, Dalet, argues that publishers need to incorporate media asset management systems that allow authoring and managing asset metadata in their production workflow in this perspective on metadata workflows.

The Broadcast Bridge: Can you give us a perspective on the importance of metadata and how you see its value changing?

Kevin Savina/ Dalet: Let’s take look at what we can call the “Dark Ages of MAM,” when our operations were almost exclusively tape-based, and there was no real MAM system. What we had were tapes with stickers (“metadata”) on them or, best case scenario, a tape management database. At that time, ”Metadata” was used to describe and document assets, nothing more. Then, with the development of search engines, metadata also started to be used to find material. As professional media workflows started to introduce file-based workflows, we saw the first MAM systems appear, i.e., a digital catalog to organize and track your media assets. This is a time we call the “Stone Age.” The asset was represented in a very simple way: one descriptive metadata set that pointed to one media file (audio or video). This was intended to allow users to search for and find their media assets, along with some information on them.

Later, things got a bit more complex in the “Iron Age.” We no longer had a single file attached to a metadata record. You needed multiple versions of that media asset, in multiple formats; let’s say one version for proxy viewing, and a few different versions for archiving, distribution to FTP or web sites, etc. Metadata started to be used to describe relationships between objects, such as genealogy for example. And then again, as time went by, things became even more advanced, and we reached what I would call the “Industrial Age.” The asset was not just a single media file anymore; it became a combination of many individual building blocks, with a master video track, individual audio tracks for multiple languages, caption or subtitle files, and even secondary video files and still images. And from this you then had to create different “virtual versions,” each with a different subset of files and their own specific metadata, in order to manage and track the delivery to the many new linear or non-linear platforms. And of course, all of these needed to be linked in order to track the various relationships.

This “Industrial Age,” as we like to call it, is the time we are in today. The complex data model described previously and metadata allow us to automate production and delivery workflows in an efficient way, by building media production factories for delivering multilingual, multiplatform content. And since a number of standards have recently emerged for delivering these complex bundles (AS-02 and IMF, for example), we have really reached a point where the full preparation, assembly and delivery workflows can be highly optimized.

What types of metadata does your product capture?

Metadata provides usable data and context to users. Dalet multimedia business solutions capture and manage expertly, with full consistency and continuity from content acquisition and production, all the way down to multiple-platform distribution and archiving, different types of metadata that can be looked at from different angles.

Automatically generated metadata includes source metadata such as equipment used, date created, duration, format definition, shooting location, etc., as well as derived metadata like speech-to-text, facial recognition, scene detection and so on. User-authored metadata is designed to give more data on the video that will help engage the audience and allow them to find comprehensive results for their searches. It can include information such as actors’ names, genre, description of the scene, rating, time stamped comments, etc.

Please provide an example of how metadata is incorporated into a typical workflow using your product and the benefit this brings.

Content creation and/or preparation with multi-versioning and IMF packaging is among the most discussed workflows currently. For this type of workflows, the Dalet AmberFin media processing platform, together with the Dalet Workflow Engine, allows sophisticated technical decisions to be controlled by business rules that enter the system as simple XML files, watch folder triggers, or API calls. Multi-platform delivery has caused the industry to move away from the simplicity of "one profile per customer." But with the help of a powerful workflow engine, we can create an environment where a single workflow can produce all the desired outputs just by changing the metadata that initiates a particular process.

As you might know, SMPTE has created a new, standardized mastering format called IMF – the Interoperable Master Format (SMPTE ST 2067). This format is designed to power the world of multi-platform, multi-lingual, multi-resolution delivery. It has a wealth of facilities for identification, auditing and tracking of media, titles and metadata. Although based on human-readable XML, it is fundamentally optimized for machine processing.

To get the best from an IMF workflow, machine processing of metadata is required. Ensuring consistency of metadata across many assets and many references to those assets is an easily optimizable task for software, but a tedious mind-melt for a human being. Dalet Workflow Engine has been enriched with a number of dedicated tasks that decompose the process of making an IMF bundle so that they can be optimized for a particular environment. Different facilities may have different starting points. For example, facility A may have to transcode a ProRes asset at the start of a workflow whereas facility B may already have AS02 assets that can be used without essence modification to create the IMF bundle. Facility A may require a user interface to transfer business metadata into the IMF bundle whereas facility B may already have that data in a MAM and can synthesize the right XML at the start of the workflow.

With the huge variation of starting points for IMF creation, it is imperative that a workflow engine is versatile and able to use the right tools at the right time to form a valid and verifiable IMF bundle at reasonable speed and for reasonable cost. Dalet Workflow Engine has been optimized for these kinds of workflows where the number of input files is not known until the job starts, and the workflow proceeds without losing or changing vital information. The icing on the cake is the ability to see the performance of the jobs in a data analytics engine that is able to spot trends in operation so that continual optimization of the tools can be performed. 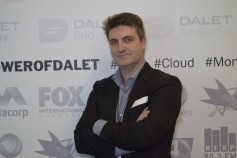 Kevin Savina: We are in the Industrial Age of MAM

What’s next: how might metadata be used in future?

If you center your metadata around a business application, then you automatically take into account the workflows required to create, clean, validate, transport, store and consume that metadata. Accurate metadata can drive business decisions that in turn improves efficiency and covers the cost of the metadata creation. SMPTE’s IMF, UK’s DPP and the IRT in Germany have made tremendous progress towards defining just enough metadata to reduce friction in B2B (Business to Business) file transfer in the broadcast world.

More generally, media management and distribution solutions like the Dalet Galaxy platform that are based on metadata can unlock the potential of online video - AKA, monetize it. Such solutions allow more granular search, even on the scene level including the intent of the scene (e.g. serene, suspense, etc.). It will also allow easy navigation between different files and scenes by adding additional relations between them and will allow easy sharing of virtual clips and playlists without compromising the original asset. User specific programming can be easily created and accurate analysis of user behaviors can be obtained. In-stream ads can be inserted with accuracy to videos, sub clips and playlists, which can be used for better targeted advertising.

The result is that the viewer has the freedom to sample more assets and navigate directly to the most interesting scenes, while the publisher is able to monetize that experience in the most effective way possible. This metadata defines the optimal in-stream video ad insertion points, allowing publishers greater control and flexibility with their advertising strategies. In addition, the ads served in the precise insertion points can be targeted by third-party ad providers based on the scene metadata such as character name, player name, topic, keyword, etc.

In conclusion, we see that the success of online video relies, in part, on metadata. Publishers need to manage the creation of metadata as a part of the production of the video. Video is a complex medium that requires both automatically created metadata and human authored, which is more flexible and accurate, thus providing a fuller experience to the consumer. Higher quality metadata leads to a more engaged consumer, which means monetized video assets. Publishers need to incorporate media asset management systems that allow authoring and managing asset metadata in their production workflow in order to build engaged audiences and maximize the value of their internet advertising.