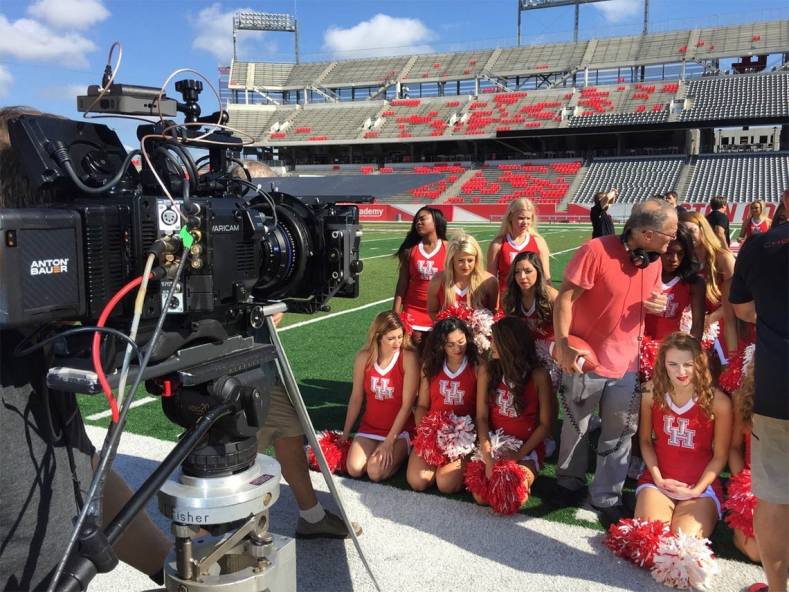 South Coast is using newly purchased Panasonic Varicam LT for a new commercial campaign for METRO, the Houston, Texas, transportation agency. South Coast Director/ DP Everett Gorel opted for the VariCam LT after a rigorous demo with the VariCam 35 and a July 4th shoot-out between the VariCam LT and several other 4K options. 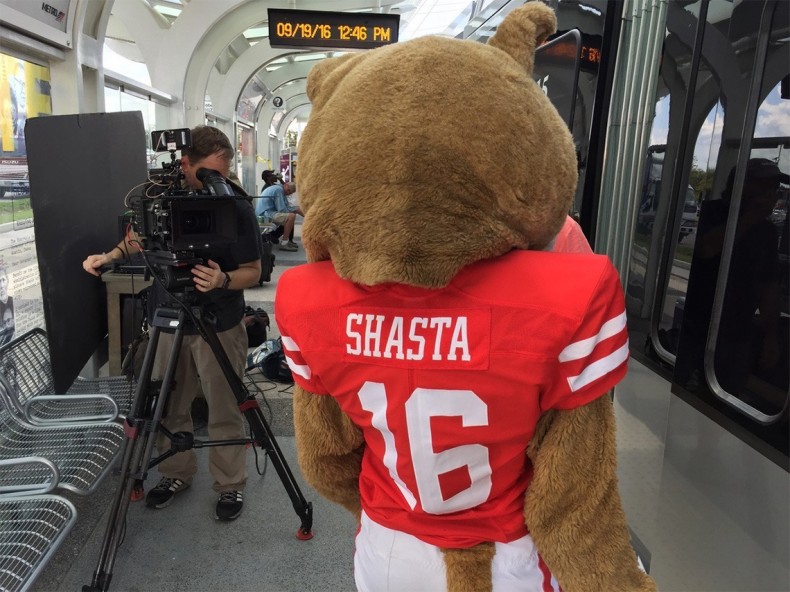 Camera operator Wyatt Cagle lining up a shot with the UH mascot at the METRO station outside TDECU Stadium.

South Coast Film & Video Director/ DP Everett Gorel used the Panasonic VariCam LT to shoot two spots for METRO. The first :30 spot, “This is My Metro” profiles Zack, a bus-riding high-school student and drum major. The second spot, “Ride for Free” with University of Houston football coach Tom Herman, promotes free rides on METRO to and from every Cougar home football game. Both commercials have been heavily promoted on local television and METRO’s web site, www.ridemetro.org.

Gorel said that the VariCam LT is the latest in a long line of Panasonic camera gear that the company has fielded throughout its 36+-year history, including the first tape-based VariCam in the Southwest.

South Coast shot both Metro commercials in 4K and handled the color grade and edit in-house, using both Blackmagic Resolve and Avid. The VariCam LT was outfitted with a lens package of Zeiss Compact Primes and a Canon CINE-SERVO 17-120mm zoom.