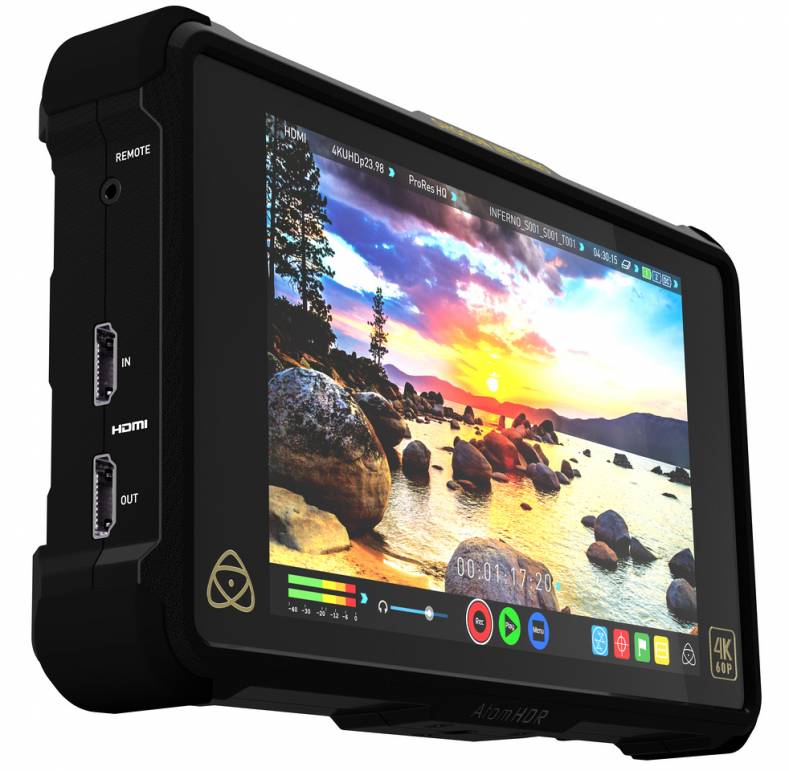 The initial launch firmware will have most of the announced functionality by Atomos, however there are some features that will be implemented in the coming weeks and other features scheduled for end of the year.

It is now shipping with the following features:

This initial release will be updated in 5 weeks with free firmware to add high frame rate recording for Sony FS5, FS700, FS7 cameras. These users will already be able to record Raw to ProRes/DNxHR up to 4K 60p in the initial firmware but will additionally add HD/2K 100/120/200/240p recording capability.