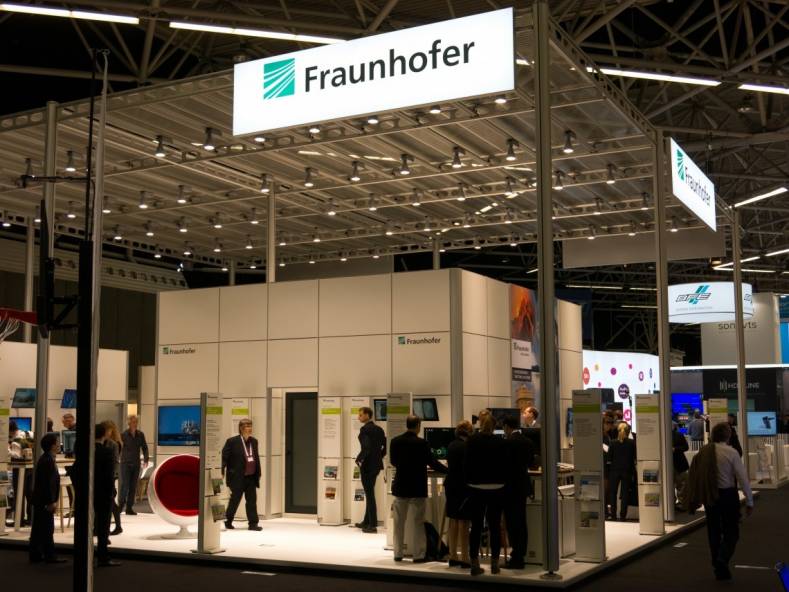 The Fraunhofer exhibit at IBC showed why Europe’s largest application-oriented research group is at the forefront of IMF creation.

With demand for the increased variety of digital video deliverables growing at a dizzying pace, the importance of the Interoperable Master Format (IMF) becomes more crucial every day. That’s why Fraunhofer brought the new features to its easyDCP Software Suite, which creates IMF files, to IBC 2016.

“Our easyDCP software Suite now has a timeline-based user interface and includes support for HDR,” Dr. Siegfried Foessel, head of the Department of Moving Picture Technologies at Fraunhofer IIS (Institute for Integrated Circuits) told The Broadcast Bridge. “The IMF file that is integrated into easyDCP lets you automatically create a deliverable master in any format that is needed.”

Because there are more than 1,500 easyDCP licensees worldwide, Fraunhofer IIS has become one of the leading sources for creation, playback and quality control of Digital Cinema Packages (DCP) and Interoperable Master Format Packages, both based on ISO and SMPTE standards.

In addition to its new timeline-based interface for the creation of IMF, easyDCP can now support markers inside the IMF file that indicate certain events such as commercial blacks or credits along the editing timeline for automated processing down the line.

In a DCP file, markers can be used to trigger intermissions or denote a change in the lighting within the theater management system, for example at the beginning of end credits.

“At IBC we also showed a new set of quality control features integrated in easyDCP that ensure the accuracy of input materials and in the output of encoded IMF’s and DCP’s,” Foessel said. “The system automatically generates a report containing information about image quality, and control checks on subtitles and audio, as well as red/green indicators about whether or not issues were detected.”

Also new at this year’s IBC, Fraunhofer demonstrated the lossless transfer of video data in 4K at 60 Hz to remote monitors.