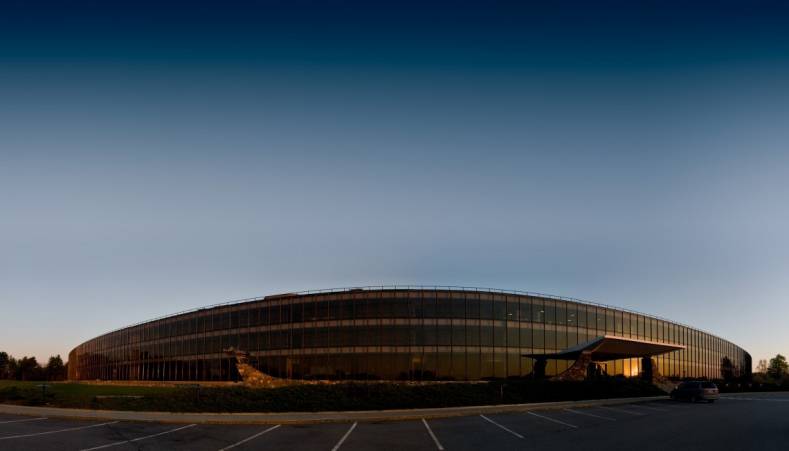 Consolidation is a sure sign of a maturing market and this was in evidence for OTT delivery at IBC 2016. Many of the companies that first emerged as OTT specialists have been acquired, as well as those associated with cloud based delivery, software encoding and virtualization. Envivio is now part of Ericsson for example while Elemental has been acquired by Amazon Web Services, both primarily involved in software transcoding.

A notable recent trend evident this year was how a few leading Telcos have become prominent providers of end to end platform services as well as OTT operators in their own right. Australia’s Telstra and Verizon in the US are perhaps the two key players to establish strong positions as providers of complete OTT packages, which means everything from video capture and ingestion, through cloud encoding, Content Delivery Network (CDN), Content Management System (CMS) right on to playout, display and monetization.

Telstra has built a complete offering around the platform it acquired with the takeover of streaming video distribution and monetization technology vendor Ooyala for a total of $270 million in August 2014. This gave Telstra a clutch of Tier 1 customers, including Univision, Comedy Central, NBC Universal, ESPN, Telegraph Media Group and Telefonica.

With these now integrated within the complete Ooyala branded offering, Telstra has become one of the regular names in the hat for major pure play OTT RFPs (Requests for Proposals). Verizon Digital Media Services (VDMS) has emerged as another major player, again in large part through acquisition. After a slow start following its launch in 2011, VDMS began to take off as a video OTT platform following the acquisition of Uplynk late 2013, bringing in ad insertion, cloud based content ingestion, workflow and playout technology. This was followed soon after by the purchase of the EdgeCast CDN for video transport. Originally a Walt Disney venture for video distribution in the US primarily, EdgeCast has expanded rapidly in both capacity and reach under VDMS’s ownership, adding more than 20 new points of presence, or POPs, in major cities around the world. These include Warsaw, Stockholm, Milan, Vienna, Melbourne, Helsinki, Kaohsiung, Batam, Jakarta and Sao Paulo.

Then in March 2016 came another substantial acquisition, Volicon, provider of video capture and monitoring tools for broadcasters, focusing especially on loudness and captioning compliance as well as verification and competitive analysis. However that was preceded by the biggest acquisition of all with AOL in June 2015 for $4.4 billion. This resulted in VDMS itself being folded under the AOL umbrella, while work continued digesting and integrating the various acquired components, especially from Volicon. This led to the announcement around IBC 2016 that the Slicer software, part of the Uplynk video streaming service, had been integrated with the Volicon Media Intelligence service. This meant operators could now launch OTT services faster by exploiting their existing Volicon hardware infrastructure. The other significant theme for VDMS at IBC was server side ad insertion, again exploiting the Uplynk technology.

VDMS marketing director Darren Lepke acknowledged Telstra as one of the major OTT platform competitors it came up against frequently. He also cited another name less well known outside the US, called Major League Baseball (MLB) Advanced Media, which indeed Forbes described in 2015 as “the biggest media company you’ve never heard of.” This may reflect its unusual emergence from a sporting league rather than a telco, media or technology background, although it is now one third owned by Walt Disney. It grew up running MLB’s web site and starting streaming, then making the jump to exploit its expertise in OTT video distribution for other sporting leagues like Minor League Baseball, YES Network, which broadcasts the New York Yankees), SportsNet New York, broadcaster for New York Mets and PGA Tour Live for golf. It then gained some more general US sports broadcasters as customers, including WatchESPN and then onto non-sports OTT with HBO Now. MLB Advanced Media is still largely US centric where it is a strong competitor, but its participation in the conference at IBC 2016 heralded its intentions to expand overseas, especially for sports OTT.

The other big Telco in OTT is Comcast, which has actually been in the field for longer than the others ever since acquiring Seattle based online video publishing company thePlatform in 2006. But it is of course only much more recently that Comcast has cobbled together a full blown online video platform, building out from thePlatform’s hub for managing, monetizing, and syndicating internet video views to incorporate advanced workflow, enhanced discovery and other features expected by OTT providers today. Comcast has also built a CDN from its core US infrastructure and integrated an ad engine from its acquisition of FreeWheel in 2014 for around $360 million.

This was enhanced further by the purchase in May 2016 for $100 million of French SSP (Supply Side Platform) StickyADS.tv, which strengthened its proposition for end-to-end automated ad insertion and delivery. It also highlighted Comcast’s intent to break out of the US and become a global force in pay TV and especially OTT, since the move brought in some prime European broadcasters including TF1, France Télévisions and M6 in France, as well as other significant media companies like Spiegel, Corriere della Sera, The Economist, and La Place Media. 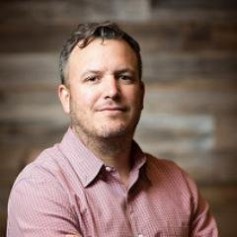 Verizon Digital Media Services marketing director Darren Lepke argues too many OTT technology vendors are promising more than they can deliver in an attempt to counter the leading players.

One other major Telco that was highly visible at IBC in the OTT context through its subsidiary Viaccess-Orca was Orange of France. Viaccess-Orca would not want to be pigeonholed as an OTT platform provider alone since it has traditional commercial broadcasting customers like Canal+ and Eurosport. However it does seem to have an increasingly OTT sports based focus, mostly confined to Europe, harnessing its Virtual Arena technology to deliver 360 degree video of major sporting events. At the 2016 NAB Show, Viaccess-Orca presented a trial in partnership with Harmonic for infrastructure and VideoStitch for virtual reality (VR) to broadcast a basketball game.

This brings us to the natural question of how the traditional big video infrastructure players have been responding to these new challengers impinging on their turf, such as Ericsson, Cisco, Harmonic and also Nokia following its acquisition of Alcatel Lucent in an all stock €15.6 billion deal completed in January 2016. Initially these vendors backed into OTT almost gingerly from their position as major headends and delivery infrastructure, as if cautious to disturb the goose that was laying their golden eggs. These companies have customers spending millions of dollars a year each maintaining and enhancing traditional cable, satellite, DTT or IPTV infrastructure and until recently OTT or TV Everywhere has been a relatively minor extension. These vendors have tended to focus on their traditional customers building out OTT, with VDMS’s Lepke confirming that he still rarely encounters them in bids for pure play OTT deals. 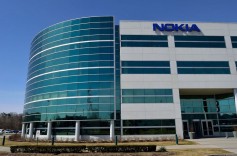 There is a growing trend for SI to be a major component of pay TV contracts for major operators and this is also a big focus for Nokia. The company has been heavily promoting its SI capabilities combined with core technologies in virtualization and cloud delivery to enable operators to deploy new features and services at “web speed”, meaning at the pace of the pure OTT players such as Netflix, as well Google, Amazon and Apple.

Of the major players Harmonic is alone in being focused just on pay TV and is therefore smaller than the others, with the result that it has been more open to partnerships such as the one with Viaccess-Orca and VideoStitch, offering pre-integrated solutions designed to combine the benefits of a one stop shop with a best of breed approach. However Nokia argues that as an SI it is also well placed to offer these benefits and enable best of breed as a single supplier by sourcing third party components, while insulating customers from the complexities of integrating them.

Another trend which has been brewing a few years now but is coming to the boil with OTT is the intrusion of longstanding enterprise IT technology and hardware vendors into broadcasting, with IBM a prime example. IBM has been present at IBC for some time but largely in the background through its position as a manufacturer of storage systems and high speed file transfer for example, but has recently raised its game substantially by touting its big data and analytics capabilities. Here its artificial intelligence expertise combined with sheer computational power has come into play, with its Watson supercomputer featuring in discussions at IBC. Watson, famous for beating top human competitors on the US TV game show “Jeopardy,” is already being used by Turner Broadcasting for analysing data about its advertisers, trawling through sources including purchased data sets, news and analyst reports and social media posts. Turner says this has been successful in giving advertising customers new insights about their business.

Finally beyond the traditional vendors and Telcos this year’s IBC witnessed some new players which have never attended before. One worth noting was Globetouch, one of the leading providers of cloud-based global data connectivity for mobile devices, whose traditional customers range from MNOs (Mobile Network Operators) to OTT providers and also device makers themselves. At IBC it publicised its entry into a new field of live streaming from outside broadcasts. This exploits its CloudSIM technology to provide broadcasters an alternative to the satellite communications traditionally used for Outside Broadcasting (OB). Instead they can stream directly from cameras via attached connectivity devices over mobile networks. Globetouch at IBC announced its first customer, RTL Belgium, the country’s leading broadcaster, which is making use of its low latency data connectivity with unlimited usage on a pay as you go basis over mobile networks both in Belgium and abroad, with no roaming costs. The pitch here is partly about cost savings. But the main appeal is that for broadcasters such as RTL, unplanned events occur more frequently than in the past all over the world and mobile connectivity allows much greater agility to cover these. Reporters can get on site and start streaming far more quickly than with traditional SNG (Satellite News Gathering) set ups in large trucks.