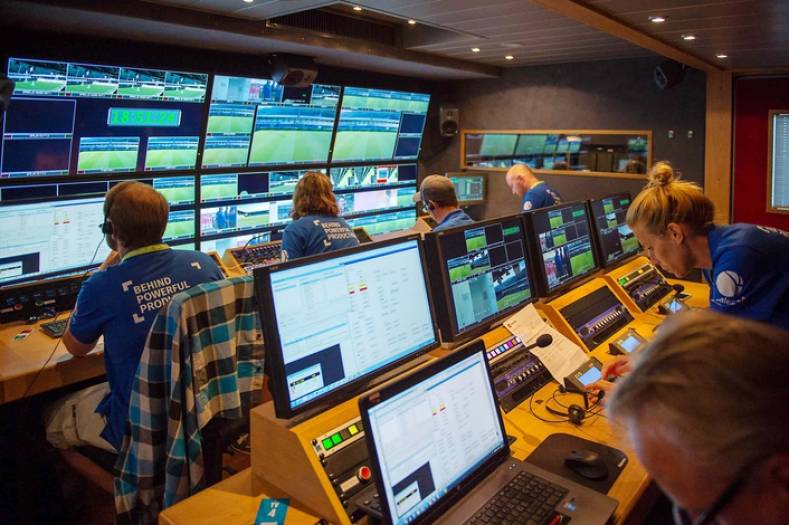 Germany-based System integrators Broadcast Solutions GmbH has signed an order to design and build five new UHD OB Vans for NEP Europe, one of which, the company said, will be likely Europe’s largest ever.

Four of the OB Vans will carry 8-12 cameras, while the fifth will be a triple-expanding trailer capable of handling more than 30 cameras. The smaller models will be based on Broadcast Solutions’ Streamline Family concept of pre-configured and nearly “off-the-shelf” OB Vans.

With the Streamline OB Vans, Broadcast Solutions is has changed the very idea of building an OB Van, taking it from a project to a product. The results are short delivery times and standardized overall designs, which are key for fast setup times during productions.

The four smaller production vehicles will be based on Broadcast Solutions’ Streamline Family of production vehicles, which have already been completed for NEP Germany and NEP Switzerland, and known as the S8, used for NEP’s HD34K, and the S12 4K, used for NEP’s UHD-41 truck. Both trucks have Grass Valley switchers and use the 2SI (two sample interleave) Quad Link format of UHD. 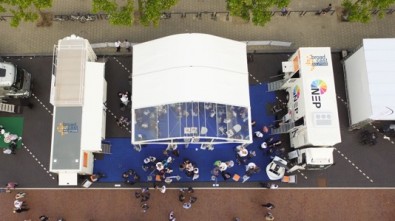 At the recent IBC show, NEP hosted an outdoor exhibit to show off its new trucks, built by Broadcast Solutions.

HD34K is NEP’s latest UHD OB Van, which carries up to 8 UHD cameras. NEP Switzerland’s UHD-41 has been used since July on productions for Swisscom Teleclub to help produce coverage of Swiss football in UHD.

For all new OB Vans NEP Europe opts for the full 4K approach as Paul Henriksen, President NEP Broadcast Services Europe, points out: “We see 4K is starting to develop in Europe, and now is the time to stop building normal HD OB Vans.”

Stefan Breder, Broadcast Solutions’ CEO, said that the decision to use the Streamline-based OB Van concept has resulted in fast delivery times and similar overall designs. Since schedule is demanding, work on the new NEP Europe trucks will start within in the next few weeks. Over the last five years Broadcast Solutions has built more than 20 OB Vans for NEP.