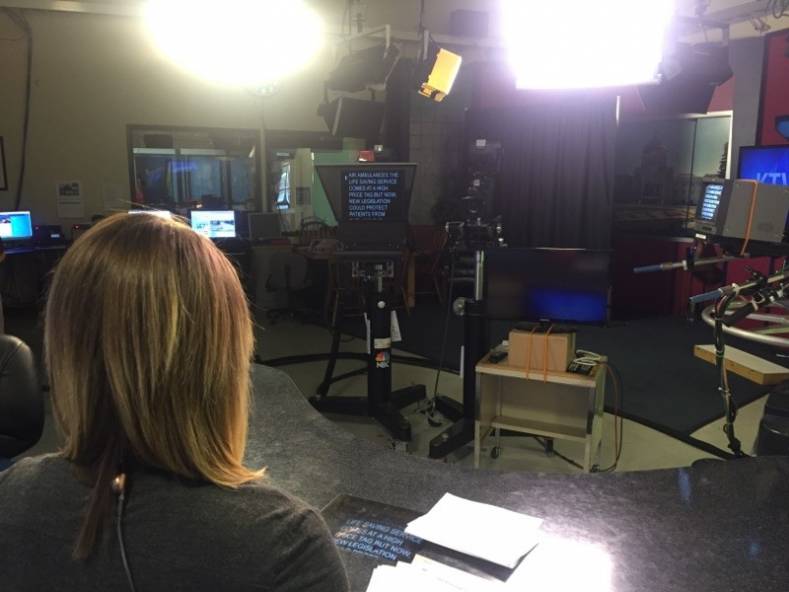 Autoscript's WinPlus News package is both Unicode compliant and compatible with all leading Newsroom systems.

When the station’s Chief Engineer Dan Stark took over, the station was having multiple prompting issues. In fact, on-air anchors didn't have the use of a prompter for the entire first week he was chief.

“I needed something I knew would work,” Stark said. “Our other station, KRTV, has used Autoscript for as long as I can remember, so we knew WinPlus would work and had good controllers. At KTVH, the talent prompts themselves, primarily with a foot pedal. Once the show starts, they are on their own—it either works or it’s a wreck. Some of KRTV’s talent use Autoscript’s wireless hand controller, but the prompting options that came with the NRCS didn’t even have a wireless hand controller available.”

With WinPlus now incorporated into the station’s workflow, the NRCS creates the on-air rundowns and then activates them into WinPlus when they’re ready.

Once Stark detected a problem with the station’s existing software, he called Autoscript, which immediately shipped him a new WinPlus system to get prompting back up and running. With WinPlus now incorporated into the station’s workflow, the NRCS creates the on-air rundowns and then activates them into WinPlus when they’re ready. From there, the prompt feed from WinPlus goes to three on-camera units in the studio and the data content gets delivered to a Link Electronics caption encoder for the closed captioning. With the great reliability that WinPlus provides, Stark can focus on the bigger picture without worrying about software malfunctions.

“When I’m thinking about investing in a teleprompting system, I ask three questions: 1) is it legally compliant with the FCC’s regulations, 2) is it reliable, and 3) does it function so that the talent can easily see what they’re doing without being distracted from controlling it. For me, Autoscript achieves all three flawlessly.”

The WinPlus News package is both Unicode compliant—supporting any foreign language that works with Windows—and compatible with all leading Newsroom systems including Ross Inception, AP ENPS, and Avid iNews.