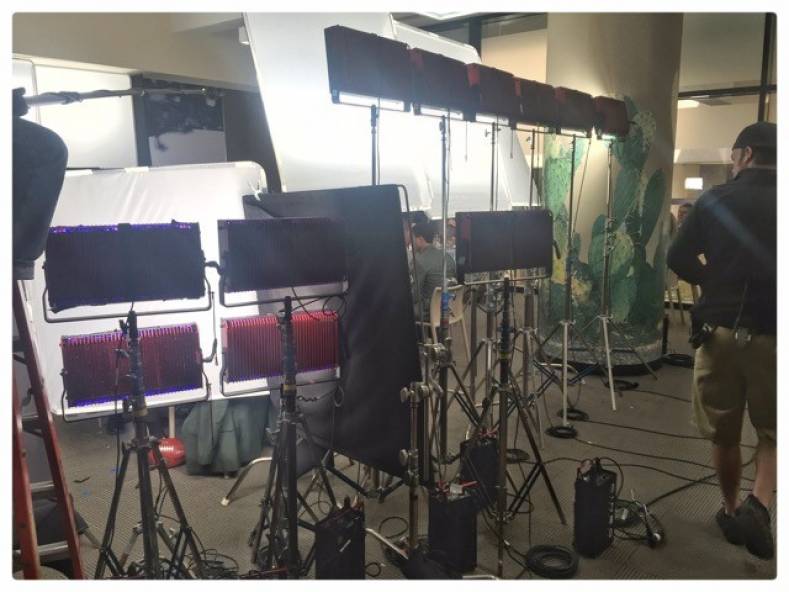 In attempting to recreate a variety of different lighting situations, Gaffer Jarred Waldron and cinematographer John Toll, ASC used more than 200 Cineo HS Digital soft light sources during the production of the Director Ang Lee’s latest feature film, “Billy Lynn’s Long Halftime Walk.” The film is based on the award-winning book about the realities of war as seen through a 19-year-old Iraqi war-veteran’s eyes.

"We shot the film at 120 frames per second, which meant we needed at least 2.5 times the amount of light we would normally need on a picture,” said Waldron. “Director Ang Lee also liked to keep all eight actors in focus at the same time, so we found ourselves shooting up to a 22 f-stop. That would require another four to five stops of light. Finally, we also had to balance our kelvin temp to the stadium lights in the dome. All of these challenges required a very bright source that could get to 6000K, point straight down and still be photographed in the long concourses of the stadium and locker rooms.”

Waldron and Lee found the Cineo HS fixtures to be ideal for the type of shooting there were doing. It provides twice the output of a 2K incandescent soft light with an extended CRI over 95. Generating a 160-degree beam spread, the HS uses less than 500 watts. 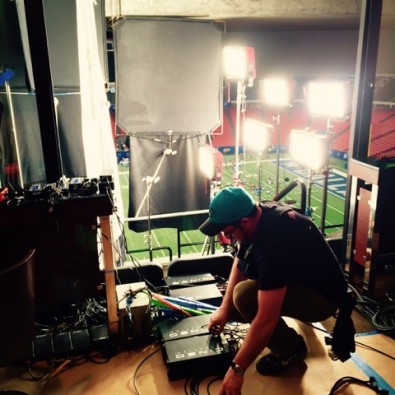 Waldron and Lee found that the HS fixtures provided twice the output of a 2K incandescent soft light with an extended CRI over 95.

“Having a much more efficient power consumption to light output ratio in a dimmable source that can operate in the higher kelvin range is incredibly useful,” said Waldron. “Overall the HS allows us to work much quicker and more efficiently.”

The HS’ Remote Phosphor Technology (RPT) eliminates the color-accuracy limitations that are more inherent in most LED fixtures. Its independent phosphor panels emit high-quality light when excited by the high-frequency wavelengths from blue LEDs. This is a stark contrast to most LED fixtures that rely on LEDs as the source of illumination. The interchangeable phosphor panels allow users to achieve a variety of color temperatures with a single fixture.