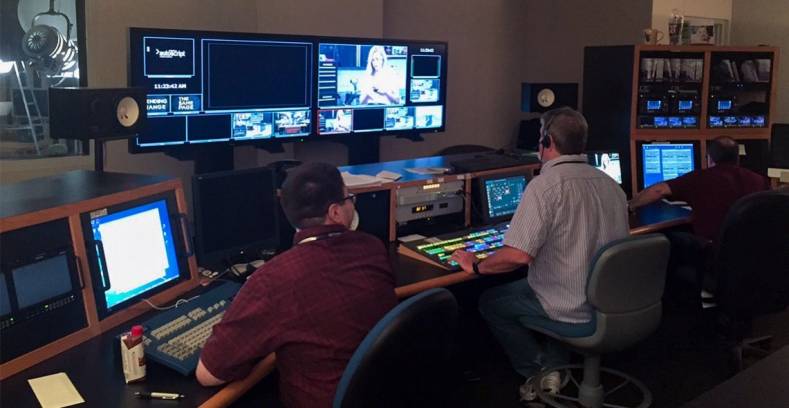 When The Home Depot was founded in 1978, Bernie Marcus and Arthur Blank had no idea how revolutionary this new “hardware store” would be for home improvement and the retail industry. Today, The Home Depot is the world’s largest home improvement retailer with nearly 400,000 staff and more than 2,200 stores in the U.S., Canada and Mexico. The typical store today averages 105,000 square feet of indoor retail space, interconnected with an e-commerce business that offers more than one million products for the home owner, professional contractors, and the industry’s largest installation business for the Do-It-For-Me customer. Providing cohesive communications across this enormous network of stores and staff is a Herculean challenge. Home Depot Television was initially tasked in 1990 to maintain the culture of The Home Depot through video communication as the company rapidly expanded across the U.S. It has maintained this charter throughout the years, and currently delivers corporate communications to the entire network of stores and functional groups via satellite to televisions, and direct streaming to PCs/Macs and mobile devices.

In 2010, Home Depot began using the Omneon ( now Harmonic ) ProExplore system for archiving in conjunction with its adoption of the MediaGrid platform. This system was interfaced with a XenData/QualStar (LTO) system, and has served the company’s rather modest requirements quite well.

“In 2015, we were notified by Harmonic that development on this system would be ending shortly,” commented Bruce Covey, Manager, BTV Engineering at Home Depot Television. “We really needed a more capable system, so we began actively investigating a replacement platform. Our long-time Harmonic sales rep, Chris Torkelson, suggested that we consider IPV based on exposure he'd had working with CNN clients.”

“Quickly, we learned that IPV systems were installed in several heavy hitting facilities around the world, and a subsequent sales visit revealed a very sophisticated product that did everything we wanted and more. The only challenge would be if IPV could actually provide a scaled down solution to match our budget requirements.” 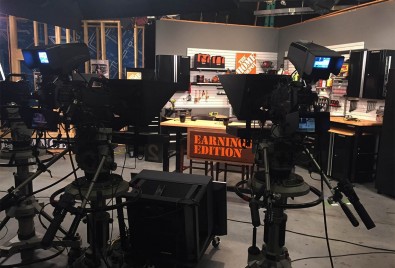 Covey’s team exclusively utilize the web-based interface on Macs to access the system. “As a department, we are tasked to maintain an effective and accessible archive of video materials for both legal and operational requirements,” Covey explains. “These archived materials are frequently searched and re-purposed for inclusion in current video projects.”

Already, Home Depot recognizes that Curator enables their team to work differently and more efficiently. “The speed and efficiency of the interface allows us to quickly locate, view, and restore projects, individual files, or selected sub-clips to our on-line editing and/or transcoding/delivery systems,” he explains.

IPV works closely with customers using a modern highly configurable and open architecture which provides the ability to overcome their challenges. At Home Depot this technical and operational support has proven to be a valuable service. “After a discovery process, IPV determined that they could indeed offer a scaled-down system that could meet our budget requirements. The next step included an on-site visit to configure the VMs that would run our system.

“After creating the software framework back in the U.K., we were assigned a project manager, Rick Warby, from IPV’s Technical Services team. We have worked with very closely with Rick to verify and modify the system configuration to meet our requirements. We are very pleased with the prompt attention we've received and the level of technical expertise offered by IPV,” Bruce Covey explains.

Based on this experience, Home Depot envisage a long-term relationship with this independent UK-based company. “We are currently establishing a long-term service contract with IPV, and intend to investigate system enhancements as we move forward. Possible directions include the automatic extraction of "cc" data into searchable metadata fields, and implementation of the Adobe Premiere interface,” Covey commented.