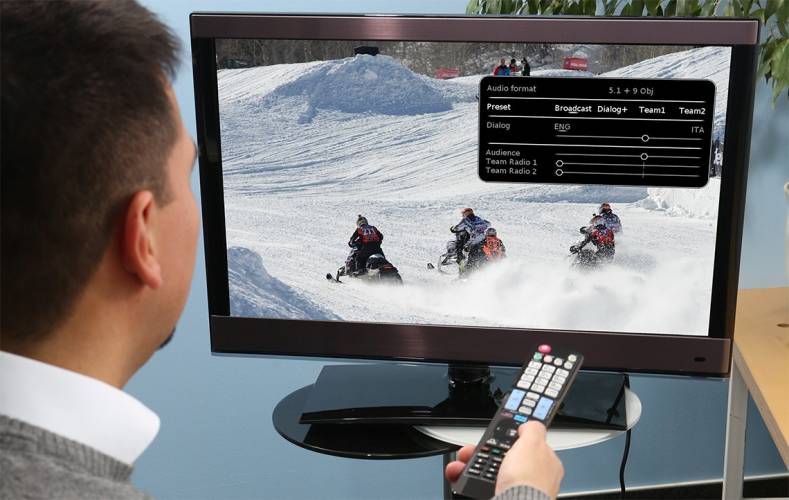 Visitors could examine the Jünger Audio, MPEG-H Audio Monitoring and Authoring Unit (AMAU) for 3D audio. The Jünger technology adapts to 5.1 consoles enabling immersive audio production. It also allows operations to audition MPEG-H Audio in the plant as it will be reproduced on viewer’s devices.

Additionally on display was a new prototype 3D soundbar for convenient playback of 3D sound in any living room without requiring the installation of a 3D loudspeaker setup.

The company emphasized to visitors:

MPEG-H is designed to work with today’s broadcast and streaming equipment. Users have the ability to adjust the sound mix to suit their preferences through the object-based and immersive audio features, resulting in an improved level of realism for the overall audio experience. MPEG-H Audio also tailors sound for optimal playback on a range of devices and environments, providing “universal delivery.”

MPEG-H Audio is part of the A/342 Candidate Standard for ATSC 3.0 and is expected to be the first next-generation audio system deployed as single audio codec in the South Korean 4K terrestrial broadcasting system.

According to the Korean government representatives, the Seoul metropolitan area will be the first to receive the service. After Seoul, it will expand into cities near the venues of the 2018 Winter Olympic Games in Pyeongchang. By 2021, the service will be available nationwide.