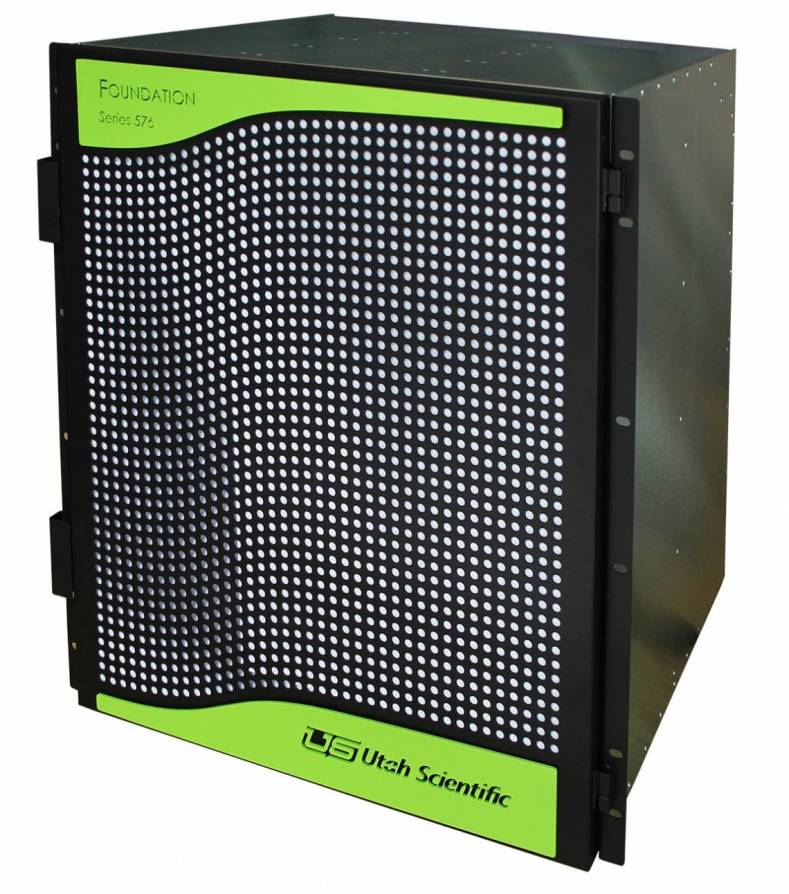 Utah Scientific demonstrated their new prototype IP gateway cards that feature the company's new core IP engine, the foundation for the next stage in the IP revolution. 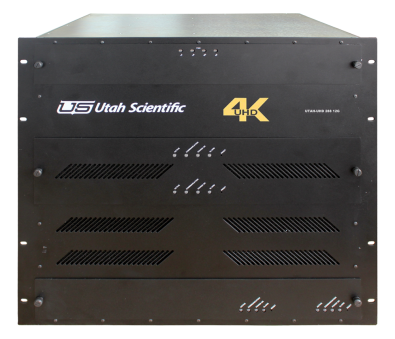 The UHD-12G 4K is the company's latest router. It's designed for enterprise-level broadcasters that need to meet the growing demand for UHDTV content. Previously, these customers would have had to process 4K signals through multiple paths using a traditional 3G routing switcher. Now they can use the UHD-12G 4K routing switcher to receive, route, and distribute SDI signals all the way up to 12G and 60 frames per second — an industry first.

Utah Scientific will debut its Foundation Series, the latest offering in the company's advanced family of hybrid digital routing systems. Ideal for a broad range of broadcast, mobile, corporate, and post-production applications. The Foundation Series provides double the outputs without increasing the device footprint for efficient and feature-rich signal routing to monitoring devices such as multiviewers. These outputs can be connected directly to multiviewers and other monitoring devices that are installed locally with the router.

The Foundation Series leverages Utah Scientific technology from the well-established UTAH-400 Series 2 router family and is designed to provide a single platform for all digital router applications digital signal formats. Foundation Series routers include newly designed output cards that use the same physical footprint as any Series 2 router to provide twice the number of outputs.