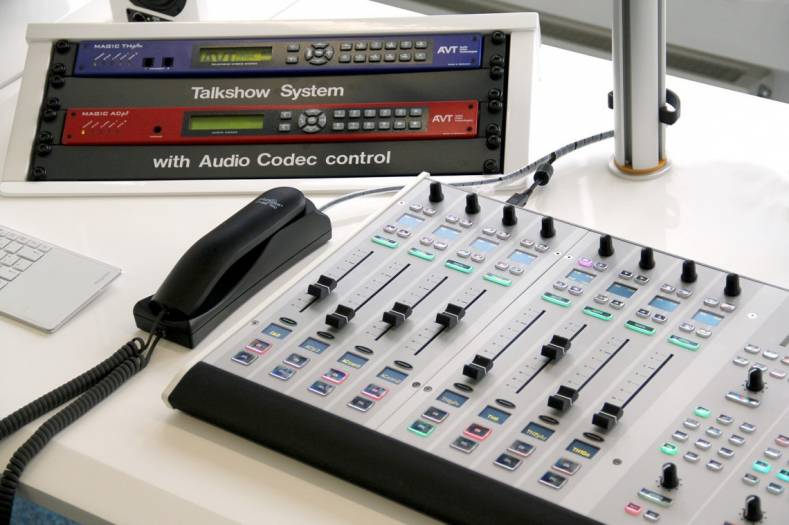 Lawo and AVT integration of Ember+ results in an all-AoIP talkshow system.

With Lawo’s Ember+ broadcasters can now connect the popular line of AVT broadcast hybrids and talkshow systems to their Lawo consoles using an all-AoIP audio and control path.

Ember+ is an open-source control developed by Lawo and made available to manufacturers free of charge. Combining Ember+ with the AES67 networking standard creates a complete AoIP audio + control solution for professional broadcast hardware and software devices.

The interoperation between AVT and Lawo will be highlighted during IBC 2016 in Amsterdam, where AVT will demonstrate the AES67 / Ember+ connection using the Lawo crystal mixing console displayed in their stand, #8.E76.

"An all-IP connection means even tighter integration between AVT phone systems and Lawo consoles,” says Lawo’s Stephen Türkay, Senior Product Manager, Radio OnAir. “Even though Lawo uses RAVENNA AoIP, and AVT is equipped with Dante networking, AES67 is the common language both can speak. System setup is easier, thanks to the direct AoIP connection between AVT and Lawo equipment. And AVT’s Ember+ implementation means operators will see the benefits of even better control during [heavy call-in] shows.”