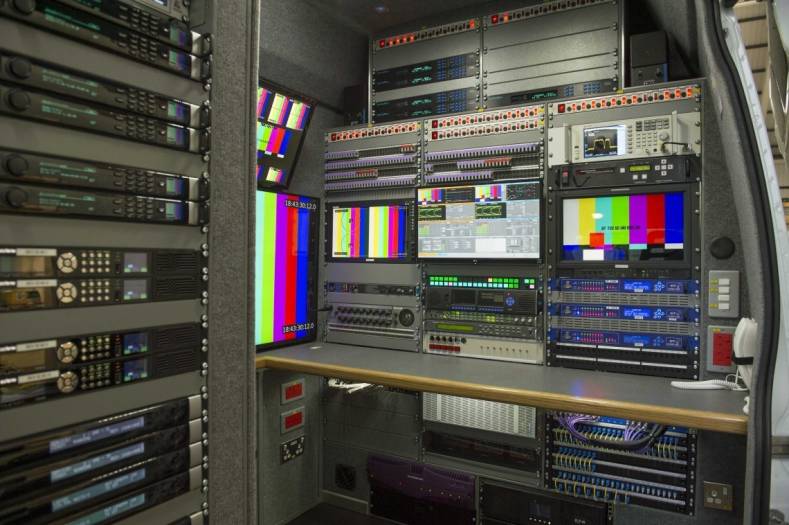 Megahertz has announced that it has delivered a new hybrid fibre and satellite UHD links truck to BT TVOB, the outside broadcast arm of BT Media & Broadcast. The new truck (known as TES52), will be showcased on BT Media & Broadcast stand in the outside broadcast space at IBC2016. It is the first truck in the UK with the ability to transmit HD and UHD/4K via fibre and satellite simultaneously.

Prior to IBC, TES52 will cover the first Premiership match of the 2016/17 season, supporting customers by providing 14 HD outbound visions (as 1080i and 1080p) simultaneously. Later on this year, it will be deployed in UHD/4K mode providing up to 3 UHD visions on fibre and one on satellite. The truck will be in constant use until it appears at IBC.

Megahertz's design team worked closely with BT TVOB engineers to provide a powerful and flexible UHD vehicle that is capable of transmitting pictures both through its roof-mounted, Ku-band, satellite antenna and via BT’s own fibre network, which connects over 150 major sports venues and news outlets across the UK.

TES52 is a step up from TES51 UHD truck that Megahertz also built in 2014, offering greater encoding capability. It is also fitted with two 750W amplifiers and built on a 7T Iveco Daily chassis.

BT TVOB provides a delivery service from all the major sporting and event locations in the UK, via fibre and satellite, to broadcasters and production company headquarters. The BT truck will sit alongside the outside broadcast production vehicle, accepting multiple feeds which are then compressed, multiplexed and fed to the broadcaster via the BT Tower in London. At each point, including the input and outputs of the link truck, careful quality monitoring will take place to ensure that the signal arrives in excellent condition.