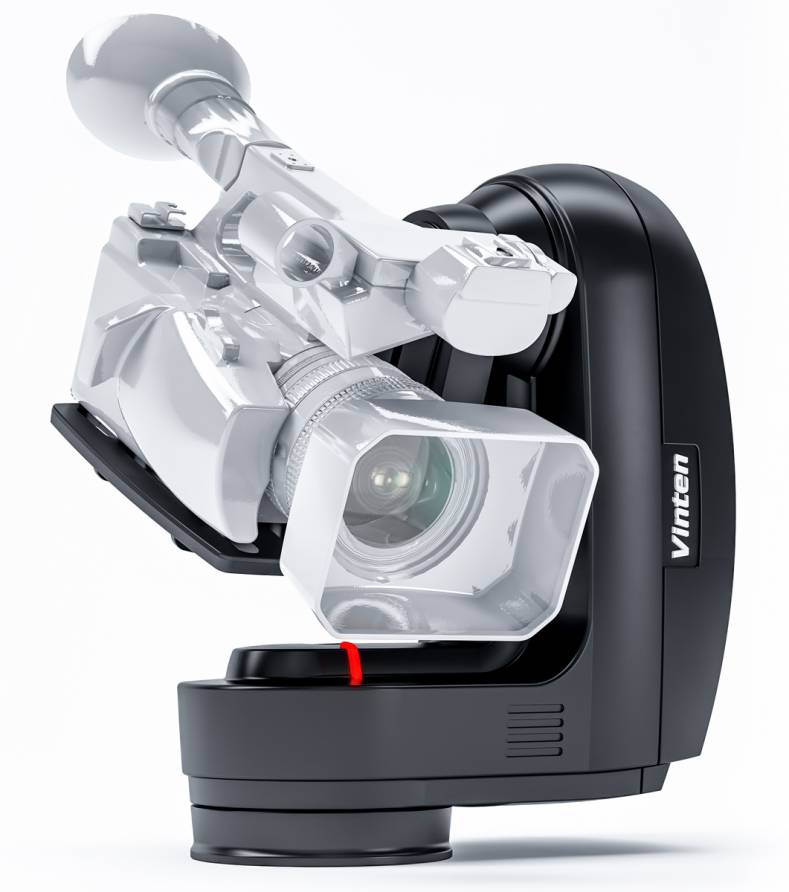 When we think of an icon, what comes to mind is a symbol that represents something fundamental in our lives. For those who have operated television cameras, even from the earliest days of broadcasting, one of those iconic symbols is Vinten brand pedestals and heads.

Year after year, Vinten gear keeps on working. Camera models change, studio technology changes and people change jobs. Yet, the Vinten equipment is tough, steady and reliable. Most Vinten products are so well built they exceed 20 years on the job.

When William Vinten, an engineer and camera operator, founded W. Vinten Cinematograph Engineers in 1910 in London, television was far into the future. He began by manufacturing Kinemacolor film projectors for Charles Urban, a pioneer in the early color film business.

Kinemacolor was the first successful color motion picture process. It was a two-color additive color system, photographing and projecting a black-and-white film behind alternating red and green filters. It was primitive, but revolutionary.

Soon, however, World War I intruded. In 1915, Vinten was asked by the British Royal Flying Corps. to design and build a special cinema camera for use in military aircraft. This was the work that launched Vinten’s involvement with aircraft cinematography, which continues to this day. 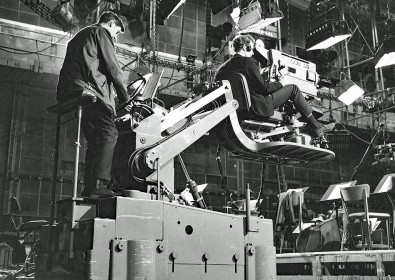 In the 1940s, Vinten entered the television business and began a continuing collaboration with the British Broadcasting Corporation (BBC) by adapting its film support equipment to television cameras. This also became a business that endures to this day.

In 2010, Vinten received the Queen’s Award for Enterprise in the Innovation category. An interesting behind-the-scenes story, however, is the Queen’s indirect involvement in Vinten’s product design. In the late 1950s, the company received a request through the BBC from the Queen asking for a less intrusive dolly to be used at Sandringham during the filming of the Royal Christmas Message. 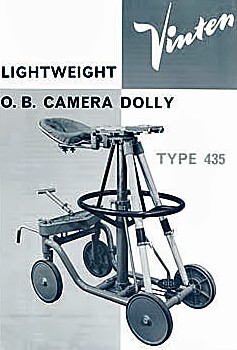 The result was the Vinten Outside Broadcasting Dolly, a new generation of more compact camera support equipment. The dolly, which ran on solid or pneumatic tires, was very narrow so it could be wheeled easily along a narrow passage or through a royal living room. This, no doubt, pleased the Queen.

Since the 1950s, Vinten has remained an innovator in television camera support equipment. It introduced the “hydro-pneumatic” gas-balanced pedestal, which first enabled cameramen to track and jib at the same time without losing sight of the viewfinder. This was a major breakthrough and thousands of the systems were sold worldwide. 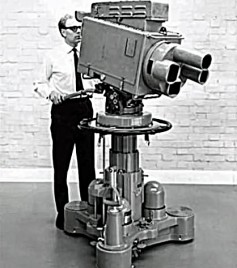 In the 1990s, Vinten introduced its Vector range of pan and tilt heads, which were revolutionary at the time for their pantographic counterbalance mechanism that allowed heavy broadcast cameras to be balanced without the use of interchangeable cams. To this day, the Vector series remains the first choice for sports television broadcasting. Over 9,000 Vector heads have been sold. Most of the studio-sized cameras at the Olympic games were mounted on Vector heads.

The most dramatic technology developments in camera support gear since the 1940s have been in the area of automation, which began in earnest in the early 1980s. Vinten reacted by buying TSM, an American company, that made the AutoCam brand of robotic cameras. Then, they purchased Radamec, and created the Vinten-Radamec brand. 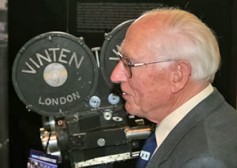 From 1989, under the leadership of Vinten’s son, Bill, also a camera operator and engineer, the Vinten Group began a series of acquisitions that greatly expanded the company. The Vinten Group bought the Manfrotto Group in 1989, Bexel in 1991, Gitzo in 1992, Bogen Imaging in 1993 and Sachtler in 1995. Later, it added Anton/Bauer, Autocue, Autoscript, Camera Corps, Litepanels, OConnor, OffHollywood, Paralinx, SmallHD, Teradek and The Camera Store.

The company had been called the Vinten Group plc, but because the Vinten brand was so associated with high-end studio and location support gear, the umbrella group name was changed in 1995 to Vitec Group plc. The broadcast division is Vitec Videocom.

Now — due to changes in television studio technology — Vinten, with over 80 registered patents, is beginning a major new phase of its rich history. First of all, the old Vinten-Radamec name is gone. All of Vinten’s products, both manual and robotic, have merged under the single brand name, Vinten.

In September, 2016, Vinten announced a new series of products that represent its future. First, it updated its Fusion Tripod Fluid Head to the model FH-145 S2, adding finer control over the feel of the head’s movement and more precise shot control.

And, in collaboration with Tecnopoint, the original equipment manufacturer of dolly systems, Vinten introduced the Hexagon Track system, which features quick setup and assembly with no cables outside of the track.

Ideal for high-end news studios, the system has high traction operation with virtually no slipping. The Hexagon’s track position can be very accurately measured and sent to a graphics engine so that the system can be used in an augmented and virtual reality environments.

Perhaps the company’s most significant new product, however, is the Vinten Vantage, a new compact robotic head that offers full motion control while being camera and lens agnostic. It will exceed the operating movement capabilities of popular PTZ cameras, be 60 percent lower in cost than existing Vinten robotic gear and begin the next phase in the company’s view of where camera support technology is heading. 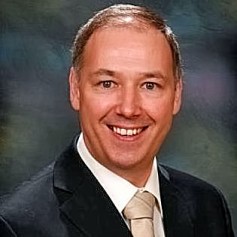 Neil Gardner, product manager for Vinten Automation, described the changes in studio technology that inspired the new Vantage products. “The way some studios are producing their material has changed during the last five to ten years,” he said. “What has driven this is the shrinking size of cameras and the improved quality you can get today from PTZ cameras.

“In the studio market, the numbers have increased from zero in 2008-2009 to about a $14 million dollar annual business worldwide last year. It’s something we’ve not had an alternative to. That’s what we are doing with this product. It is designed to be a quality alternative to PTZ cameras. It is intended to be used with cameras that are shrinking in size,” he said.

“With this head, we are offering a solution that is more appropriate for these smaller cameras and the types of lenses that are mounted on them. From a cost perspective, it’s an alternative to a broadcast PTZ, but it has the benefit for the user to choose the camera and lens that meets their needs in the studio. So we are actually creating a new product category.”

Gardner noted that a limitation of many PTZ cameras is they don’t have infinitely variable speeds for movement. “You have to key the speed. If you are a camera operator trying to move the camera a particular way, the best a PTZ can do is approximate the move to a fixed speed and then it gets there as quickly as that speed. Our system has infinitely selectable speeds which means it will follow the demands of the camera operator and precisely match what they want to produce from a creative perspective.”

The Vantage also allows for flexible positioning for any convenient or restrained location while PTZ positioning is dictated by the fixed focal length range of the internal, non–interchangeable lens. It also includes a lightweight form factor for portability and has an adaptable connectivity to fit a variety of workflows including serial, Ethernet, LANC and VR. It works with existing HD-VRC control, has a tally indication display when on-air.

The Vinten Vantage supports a wide range of cameras and lenses — including the Canon C100 series, Sony FS7 and even DSLRs — as well as servo and manual lenses, reducing the need for full servo lenses. 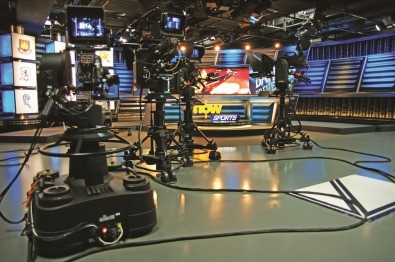 The Vantage, designed for studio use, will be the first of a family of new products from Vinten. Over the next few years, Gardner said, users will see variants of this that will be taken into different markets.

Though automation is the fastest growing part of the camera support business, it has not overcome or outdated manual equipment. Manual and automated equipment, in Vinten’s view, will complement each other for the foreseeable future. For that reason, the company is creating a series of new hybrid products that are manual, but have some automation capabilities built in.

“I would say in the next five to ten years the manual and robotic gear will merge into a single product category,” said Phil Dalgoutte, product manager of Vinten Manual. “You can pick and choose what you need and have a clean and clear upgrade path from one to another. You could move from fully manual to full automation or any step in between, depending on what your studio needs.”