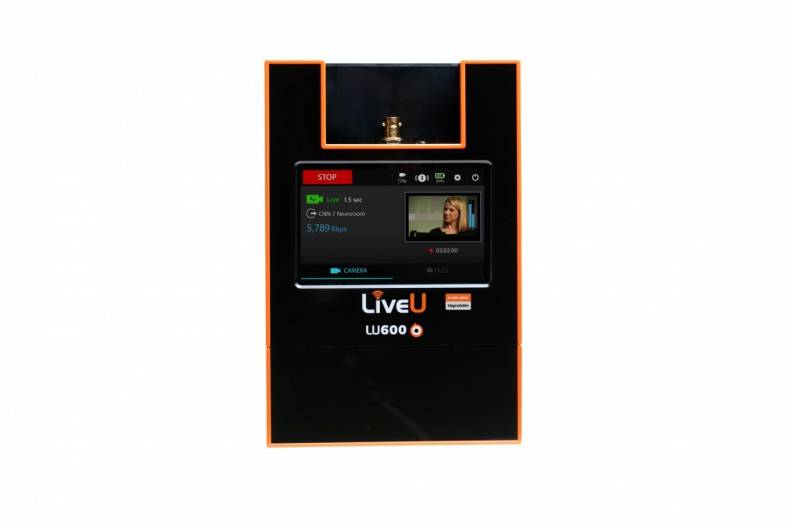 LiveU’s major IBC news is its launch of a successor to its current flagship cellular bonded solution for mobile news and events gathering.

The LU600, which is available immediately post IBC, is claimed to deliver the highest video quality and bitrate in the market (up to 20Mbps), and is set to offer the fastest file transfer (80Mbps) and lowest delay (0.5 sec).

Importantly, LiveU intends to integrate a HEVC H.265 codec into the kit, although the initial packs will still be with H.264 cards. The company is offering to replace these when H.265 cards become available.

"This is our sixth generation portable transmission unit since launching the company a decade ago,” said the firm's vice president of marketing," Ronen Artman. “We believe the LU600 will set the reference standard for IP bonding solutions.”

The unit's high speed bonded internet connection rated at 25 Mbps means it can also operate as a hotspot for journalists to browse the internet in the field.

“We see a lot of our broadcaster customers not always doing live [with its equipment] but also using our unit to do file transfer,” says Artman. “They record video and instantly send it to maintain the highest quality available which is why the file transfer speed of 80Mbps is so important.”

The backpack also features a touch screen similar to those found on Android and Apple devices, says Artman with an ultra-responsive 5.0 inch capacitive touchscreen. The backpack itself offers remote control functionality and access to display, controls and interfaces.

Boot-up time has been improved to 30 seconds and there is 16GB of internal storage plus support for external micro SDXC 256GB cards.

The LU600 is in test at several broadcasters.

For 4K, LiveU's solution is the combination of its LU710 unit and a 1U 4K encoder.

LiveU’s New LU7104K/p60 HEVC rack-mountable 1U encoder with the Xtender transmission device (LiveU’s external antenna with six modems, delivering video rates of up to 40 Mbps) which converts existing satellite trucks into hybrid cellular/satellite trucks. “Current SNG trucks cannot transmit 4K since– the antenna they have is not capable of getting the full bandwidth 4K needs but with our technology you can,” says Artman. “This is what broadcasters in Japan and Singapore are doing today.”