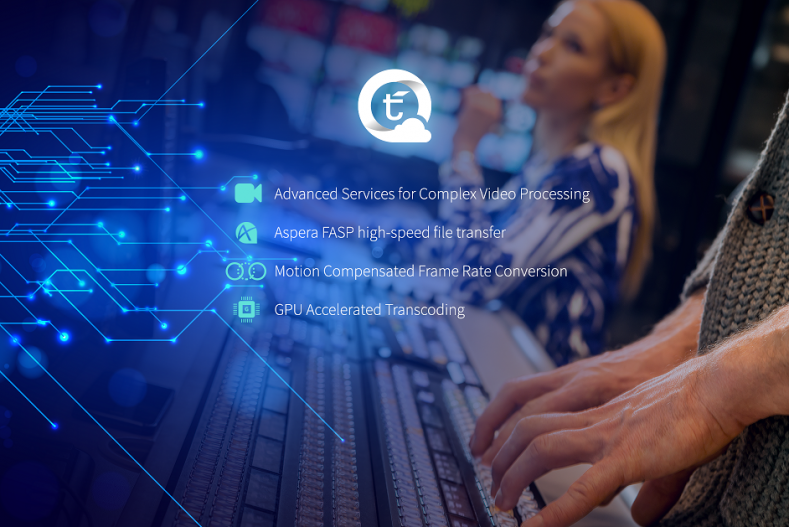 A raft of new features including QC validation of input and output files are part of the revamped Telestream Cloud.

Telestream is to show off a number of upgrades to Telestream Cloud, a video transcoding SaaS (software as a service) for video production and post production use.

“Content production networks are leveraging the efficiencies of cloud transcoding to optimise their workflows and customers are asking us to add functionality to Telestream Cloud beyond standard video transcoding,” explained Shawn Carnahan, CTO.  “We see a significant shift in the market and we’re expanding the capabilities of our Cloud SaaS to meet the needs of video producers’ more complex and demanding workflows.

“Commodity video transcoding SaaS services do not possess the necessary video processing capability to address the requirements of media and entertainment professionals. At Telestream, we build the systems that video pros have come to depend upon and have made these services available in our SaaS platform,” he added.

New to Telestream Cloud, are:

Workflows will be added to Telestream Cloud accounts on an individual basis, according to customer requests. They will be accessible as presets through API and web interface, and priced by content minutes for the specified workflow. Telestream Cloud transcoding job progress tracking and reporting will be available.

Alongside the Advanced Services, Telestream has developed a range of 'self-serve' Standard Services for Telestream Cloud, many of which can be integrated with third-party technology and systems.

John Wastcoat, VP of Business Development at Aspera, said: "The integration into the Telestream Cloud validates our common vision and the demands of our joint customers, allowing them to take full advantage of the benefits of the cloud with the speed and security Aspera offers.”

Telestream Cloud also adds cloud-based motion compensated frame rate conversion as a standard service. Frame rate conversion is a key feature for all media companies that need to convert their content to meet broadcasting requirements across multiple geographic locations and in many different SD and HD broadcast standards without sacrificing quality. Telestream Cloud uses Telestream's FPS conversion engine that uses a variety of techniques to ensure optimal video output quality. This feature is available through the Telestream console.