The G-RACK 12 is now available in EMEA.

G-Technology has announced the launch of a suite of storage solutions in partnership with Atomos, designed to streamline the content creation process. It has also announced that its first NAS-based device, the G-RACK 12, is now available in EMEA.

Using USB Type C connectivity, the ev Series Reader Atomos Master Caddy Edition is one of the latest accessories in the Evolution Series of high-performance, flexible storage solutions. Easily slipping the Atomos Master Caddy 4K or HD versions by G-Technology into the Caddy, users can transfer content quickly from the Atomos recorder into any ev Series-compatible or other G-Technology storage solution. When shooting on-the-go, it can be used as a standalone device to review, log, and backup footage.

In addition to the Atomos-compatible line, G-Technology is also releasing the CFast ev Series Reader and G-DRIVE ev RaW 2TB at IBC2016.

The 12-Bay server offers up to 120TB, integration with popular non-linear editing suites, the latest BTRfs file system for better data management and up to 500TB of usable storage with the addition of G-RACK EXP expansion chassis units.

The CFast ev Series Reader is a professional reader for CFast 2.0 media used by a variety of camera brands. Designed to simplify 4K video workflows, the ev Series Reader CFast 2.0 Edition can transfer content from the CFast 2.0 media onto any ev Series-compatible drive like the G-SPEED Shuttle XL with ev Series Bay Adapters, the G-SPEED Studio XL with ev Bay Adapters, the G-DOCK ev with Thunderbolt, and the ev All-Terrain Case. The reader also leverages high-performance USB 3.0 connectivity for fast footage transfers and backup on the go.

Fitting into a backpack or camera bag, the G-DRIVE ev RaW is lightweight and when coupled with the protective bumper, can withstand a 1.5m drop. As part of the Evolution Series, it can either be used as a standalone device, or with the G-DOCK ev with Thunderbolt, the G-SPEED Shuttle XL with ev Bay Adapters or the G-SPEED Studio XL with ev Bay Adapters for ultra-fast transfers and editing. This rugged drive is ideal for anyone requiring on-the-go access to their personal and/or professional files, photos, videos, music and more. 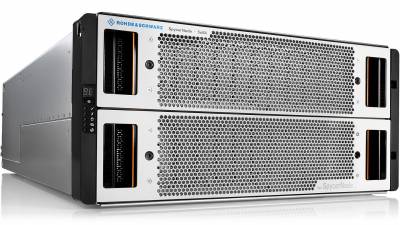