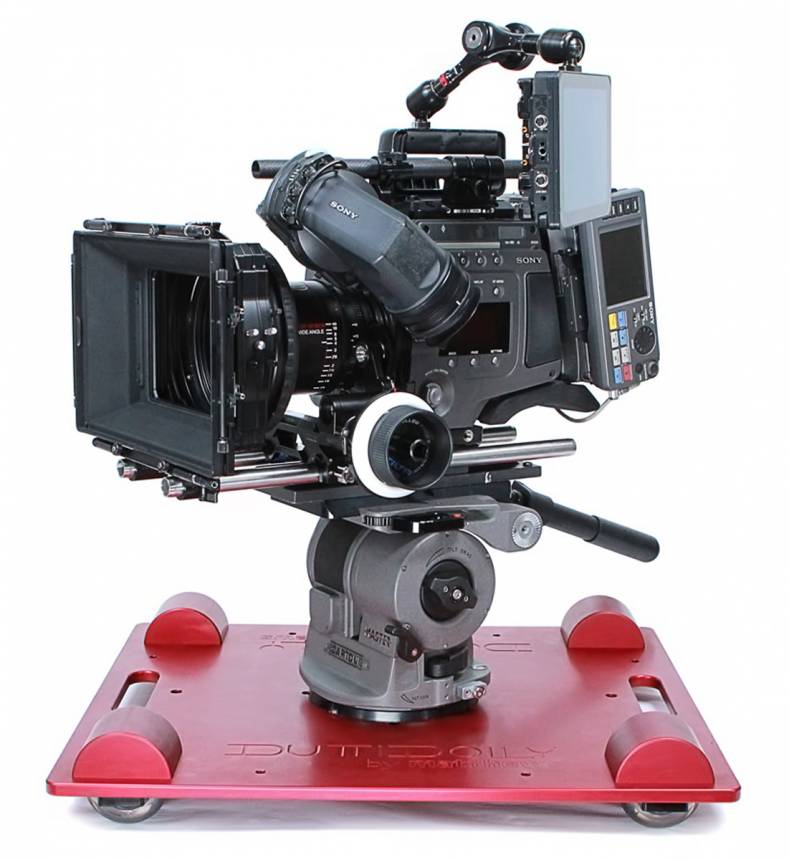 Matthews said James Saldutti, a working dolly grip, has created a dolly that can multi-task, move quickly and work low enough to get gear into places other dollies can’t go. Dutti Dolly also configures so that it can be carried much easier — saving a grip’s back and time from break down to set up.

Cinematographer James Muro, for whom the dolly was created, takes it everywhere he goes. “It simply makes for an intuitive operating experience,” he said. “Where there is not a lot of discussion, not a lot of laying track, not a lot of big equipment. With the Dutti Dolly I can be in and out of the location quickly and still have a massive amount of production value, just as if I had all the big gear.”

Joaquin Sedillo, ASC, a cinematographer, said he once had a sequence to shoot in a real theater. “Rather than hoisting one or more regular dollies from the stage ‘pit’ onto the stage with chain motors, we threw down Dutti’s light-weight track and dolly. It was a huge time saving plus a great ease of execution.” 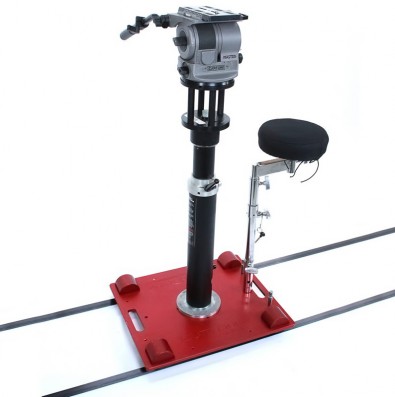 Dutti Dolly can get into extreme low angles or can carry a bazooka or tripod for other heights. The stability gives the operator the ability to whip pan and quick tilt. It rolls directly on the ground or can be mounted on stands or track and can be over or under slung.

The dolly can fit in places where conventional dollies cannot fit, including airplane or bus aisles and in between church pews. It works well for long takes, stunts or poor man’s process.

Matthews, based in Burbank, CA, is a 45-year-old manufacturer of industry-specialized hardware, camera and lighting support. Its equipment is being used on entertainment productions and in major studios in over 90 countries around the world.