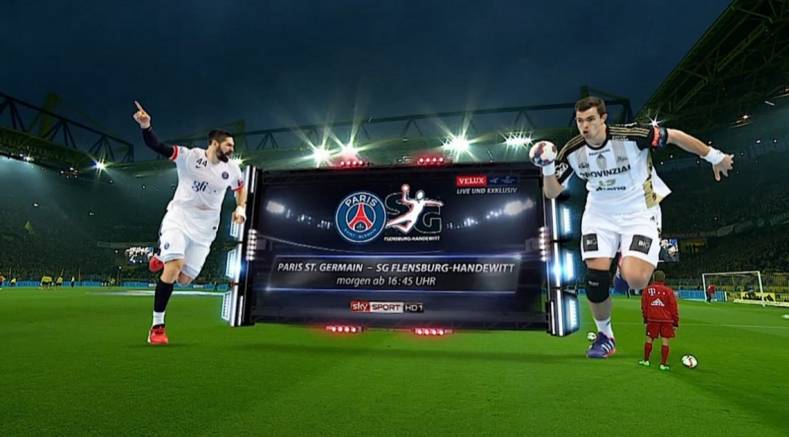 When Sky Deutschland scored a four year extension to is Bundesliga rights package starting with the 2017/2018 European football season, or “soccer” to us Yanks, it faced the challenge of having to cover the games from pitchside (on the field) rather than in a dedicated studio.

So how to spark up the visuals?

They decided to call upon Ncam’s ability to create real time Augmented Reality (AR) graphics during Sky Deutschland’s “Match of the Week” coverage, especially during the pre half-time and post match show, to bring the viewers right into the action.

“Our Ncam technology uses a lightweight sensor bar that can be fixed onto the front of any camera to provide AR camera tracking,” Nic Hatch, CEO of Ncam, told The Broadcast Bridge. “That lets us track the position of the camera in X,Y,Z space very accurately and feed those coordinates to Sky Deutschland’s Vizrt graphics engine running on a Linux workstation so the graphics seen on the home viewer’s screen appear to be hanging in 3D space.” 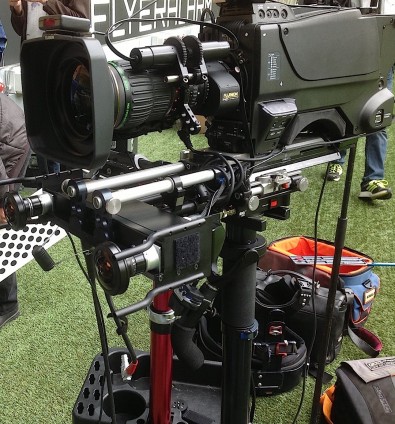 The Ncam sensor bar contains a series of sensors, including two optical cameras working in stereo along with gyroscopes for stability, accelerometers for movement control, accompanied by some other proprietary technologies developed by Ncam, that let the computer recreate the exact position of the camera.

What seems almost magical is that this sensor bar does all of this in real time and without markers.

“Our technology is not just optical. It looks for identifiable high contrast pattern recognition, what we call ‘natural markers in the environment’,” Hatch explains, “with the two stereo camera sensors working at up to 120 fps they generate a great deal of data. Then we triangulate those points in 3D space inside the computer.”

Think of it as finding identifiable objects in three dimensional space that are being used as virtual markers. When the camera pans, it automatically tracks those markers.

“The system learns what is passive and what is active,” Hatch said. “Our 180-degree lenses record from floor to ceiling, and the sensors automatically learn to ignore the natural markers that move. If a person like the announcer stays still, he or she gets tracked. Or any static pitchside graphics that get inserted also get tracked.”

Thanks to all the other sensors on the Ncam tracking bar, the camera can move freely on a dolly or Steadicam rig.

“You folks in the states have been seeing our Ncam technology for several years” Hatch said, “like when ESPN puts virtual field graphics on the screen during Monday Night Football or Fox Sports spreads them over the gridiron during Super Bowl XLVIII. But this will be the first time our Ncam technology has been employed by Sky Deutschland during Bundesliga football matches.”