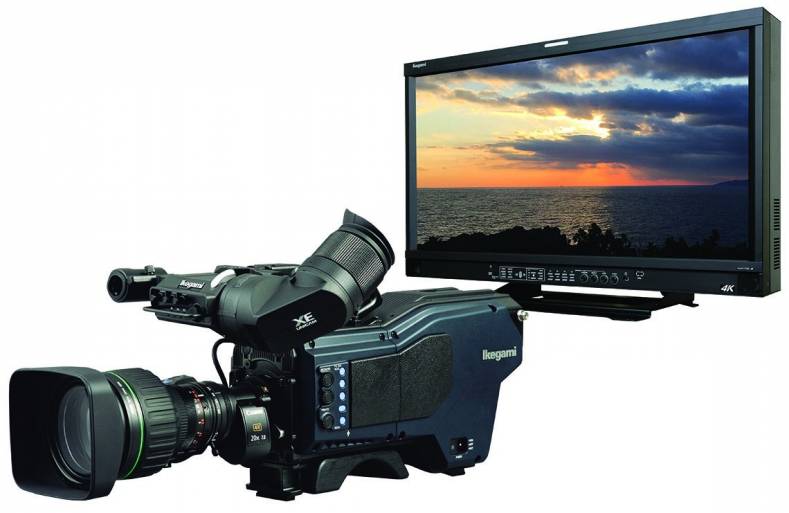 4K UHD will form the central theme of Ikegami’s presence at IBC2016. The company will be demonstrating the UHK-430 portable broadcast camera and the HQLM-3120W 31 inch monitor, both launched at NAB2016. New at IBC will be the revolutionary HDL-F3000 multi-format ultra-low-light camera, which offers great potential for wildlife shooters.

The Ikegami HDL-F3000 is capable of operating at illumination levels down to starlight, producing high quality colour video under an extremely wide range of night or daytime conditions. Image adjustment capabilities include haze removal, backlight correction and digital zoom.

The camera head weighs only 1 kg, making it ideal for a wide range of ground-based or airborne gyro-mounted applications. It employs three 2/3 inch 2.6 million pixel MOS sensors in RGB prism configuration to achieve 1,000 television lines horizontal resolution. The lens mount is B4

The MCP-300 is a newly designed network master control panel for use not only with Ikegami's conventional ICCP control and Arcnet based control but also under Ethernet based control. It allows simultaneous master control of up to 10 cameras. Up to 100 source cameras can be selected (10 cameras x 10 groups). The MCP-300 also supports Powering over Ethernet, so a separate power supply is not necessary.