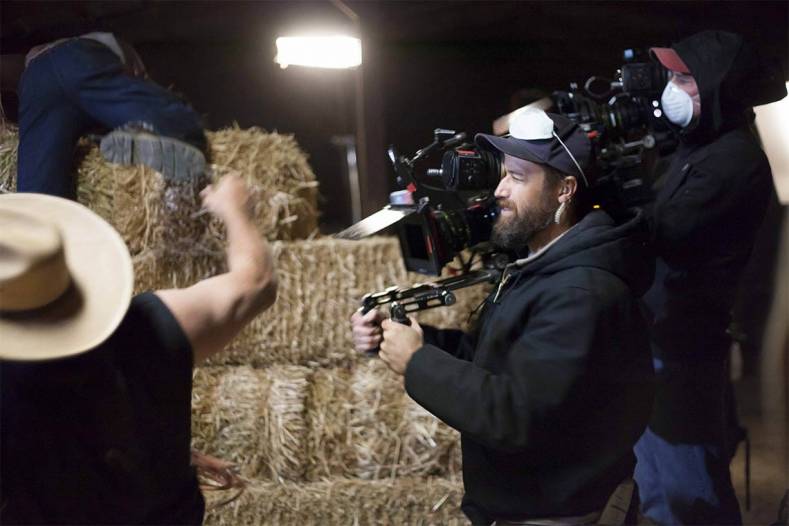 Director of Photography (DP) Luke Sauer has completed shooting the Evan Cecil feature Lasso with Panasonic VariCam 35 cinema camcorders. Currently in post-production, the feuture is slated for an early 2017 release. 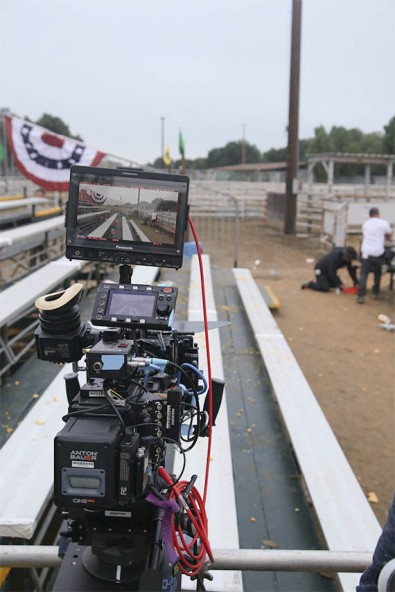 The Panasonic Varicam on set. Image courtesy of the Lasso production.

The movie was shot on location this spring on farm and ranch lands in northern California; the production rented a pair of VariCam 35s from Alternative Rentals (Los Angeles, CA).

Sauer is an experienced Panasonic camera shooter, having worked with previous generations of Panasonic HD camcorders, notably the AJ-HDX900 and original tape-based VariCam, which he praised for its “color representation and overall image.”

Lasso, a “survive the night” thriller directed by Evan Cecil, centers around senior community center workers Kit (Lindsey Morgan) and Simon (Andrew Jacobs), whose lives are turned upside when they find themselves fighting to stay alive against a group of bloodthirsty cowboys from the local rodeo. DP Sauer is a veteran of reality television production, including “Wives with Knives” and “I (Almost) Got Away with It.” Lasso is his first feature project.

“I was intrigued by the VariCam 35’s native 5000 ISO, specifically because we would do roughly 85% of our shooting after dark. Our schedule was very ambitious, and we would be shooting at night in woods, old barns and abandoned buildings: I wanted the confidence of having extra sensitivity at my disposal.”

Sauer, who operated the A camera, shot in 4K AVC-Intra 4:4:4. Most of the shooting was done in ISO5000 rated at 2000-2500. Low-res HD proxies were captured in the sub-recorder, and used as rough cuts for dailies. The cameras were outfitted with a full complement of Leica Summicron prime lenses.

“We were especially impressed with the VariCam 35’s ability to handle mixed color temperatures: the natural representation of light was aesthetically very pleasing,” Sauer added.