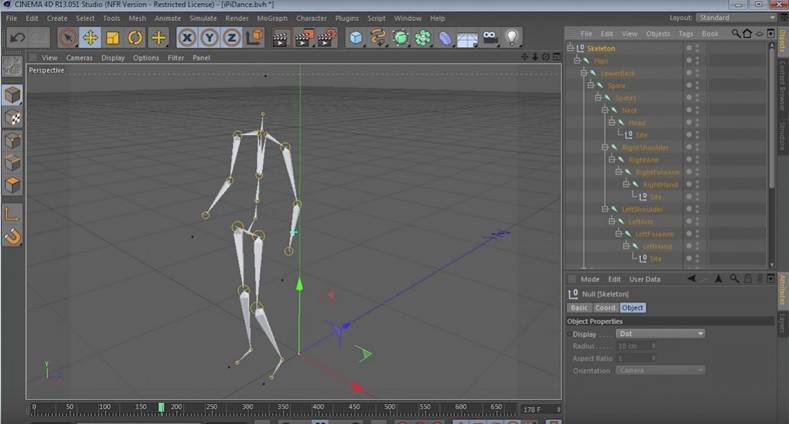 iPi Soft, LLC, developers of markerless motion capture capabilities in their iPi Motion Capture technology, has announced that thanks to their new iPi Automation Add-On, iPi Motion Capture can be integrated into third party software applications.

As Pavel Sorokin, the COO of iPi Soft told The Broadcast Bridge during an interview from the headquarters of iPi Soft in Moscow, Russia, the Automation Add-On allows users to control iPi Recorder and iPi Mocap Studio via external application by sending JSON (JavaScript Object Notation) commands via Windows dll (Dynamic-Link Library).

“Our motion capture system uses multiple cameras to create a volumetric image of a moving object in a computer,” Sorokin said. “Then our iPi Recorder keeps the several views in sync so our algorithm can match the model with the video depth information. That makes it much simpler than a marker-based system.”

iPi Motion Capture software, which comes in three versions from “Express” to “Pro”, works well with any multiple of standard definition cameras, such as up to 8 Sony PlayStation Eye Camera or the Microsoft Kinect series of motion sensing devices. Higher resolutions are not supported since the markerless capture system does not need to track small markers. Therefore 640 x 480 resolution will work as well as HD in markerless motion capture.

For production use, this iPi Automation Add-On can be a great time-saver by easily recording figure movements that have to be repeated, such as a group of dancers or a crowd walking.

This is facilitated by the iPi software’s compatibility with most leading game engines, 3D software applications and animation rigs, such as MAXON’s Cinema 4D, Autodesk’s 3D Studio Max/Maya/MotionBuilder, or Daz Productions’ DAZ Studio.

“Modern animation production has very complex pipelines,” Sorokin said, “and our iPi Automation Add-On allows them to create scripts that can alleviate repetitive motion tracking tasks. They use our software to create command sequences, and then apply those motions to automate various different characters.”

Sorokin said this iPi Automation Add-On has already found use in the medical field where Anatomical Engineering, a biomechanical software development company in Delaware working in the physical therapy and rehabilitation industry, is using it to help gauge their patient’s ambulatory capabilities.

“They are testing our iPi Automation Add-On to measure walking gait improvements,” Sorokin said, “by recording the progress of each patient’s daily stride length with our markerless motion capture.”