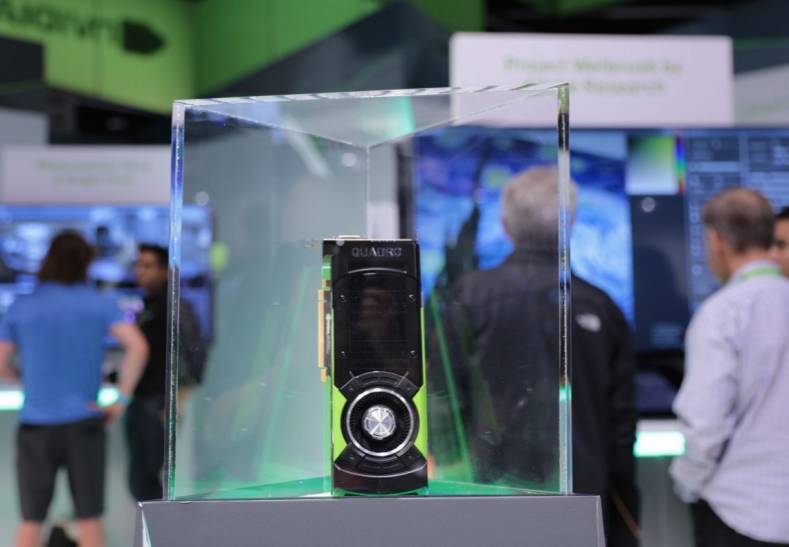 NVIDIA amazed their press conference at SIGGRAPH 2016 by unleashing the world’s fastest GPU with more teraflops and computing cores than ever before. Their new Quadro P6000 makes the GPU a computer in itself.

At this year’s SIGGRAPH convention the computing masters at NVIDIA impressed the international journalists at their Monday press luncheon by unveiling the world’s fastest GPU, the Quadro P6000.

“This is going to be one of the biggest SIGGRAPH’s ever for NVIDIA,” said their vp and general manager for pro virtualization, Bob Pette. “Our new Quadro P6000 has moved the GPU from a pretty graphics chip to being a computer brain in itself.”

With 12 teraflops of computing power (each TFLOP a trillion floating point operations per second) coming out of 3,840 cores, the Quadro P6000 will let graphics artists manipulate complex designs up to twice as fast as before. 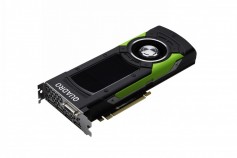 Pascal-based NVIDIA Quadro GPUs will be available in October

Introduced with the P6000 was the Quadro P5000 with 2560 cores. Both are based on NVIDIA’s latest Pascal generation GPUs and thereby mark the introduction of Pascal to the Quadro family.

The SIGGRAPH press luncheon also unveiled NVIDIA’s Optix 4 on their NVIDIA DGX-1 supercomputer, the latest version of their GPU ray tracing engine, which now allows artists even faster interactive rendering for film scenes up to 64 GB in size.

In the exhibition hall of the Anaheim Convention Center, two of the most eye-catching presentations at the NVIDIA exhibit were a live demo of 4K videos being stitched in real-time with near imperceptible latency with their VRWorks 360 Video SDK, and a tech demonstration of a never-before-seen real time GPU-based 3D oil painting simulator called “Project Wetbrush” in collaboration with Adobe Research.

“This is our biggest presence at SIGGRAPH ever,” Pette finished up the press luncheon. “This s the space in which NVIDIA appeals to pro designers, to Hollywood creators, and we are here to help them.”