This election year might be remembered as the rise of Twitter. Not only has Donald Trump used the medium to release rapid fire attacks and political messages to his supporters, but a third of Americans are expected to follow national convention coverage on the medium. 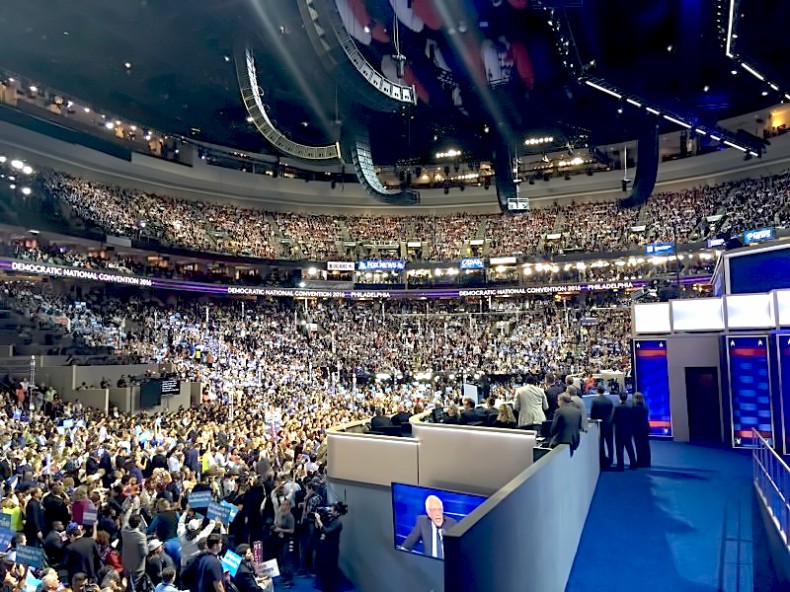 The study, conducted with third-party research firm, YouGov, and taken before the conventions, revealed how Americans planned to watch and follow the DNC and RNC confabs, along with a breakdown of which Americans would be using Twitter specifically to watch coverage.

“Election season presents a significant, but rare opportunity for U.S. broadcasters to capture a very eager audience looking to stay on top of the latest political news. When Twitter announced they had reached a deal to live stream the RNC and DNC this year, we knew it was the perfect opportunity to conduct a quick, but robust litmus test on how American viewers might react,” said Neil Maycock, SAM’s EVP and general manager of media software solutions.

As might be expected, millennial viewers are most likely to be drawn towards the live streamed conventions on Twitter than any other age group.

The Democrats are likely to see a huge turnout from Hispanics viewers, with 50 percent of Hispanics planning to watch or follow the convention on Twitter (compared to 25 percent of white viewers and 38 percent of black viewers).

A total of 43 percent that are following the 2016 election said they are watching coverage live so they’re always up to date on what was the most important to them. This was compared to factors like accessing content quickly, at 20 percent, and quality of video at eight percent. 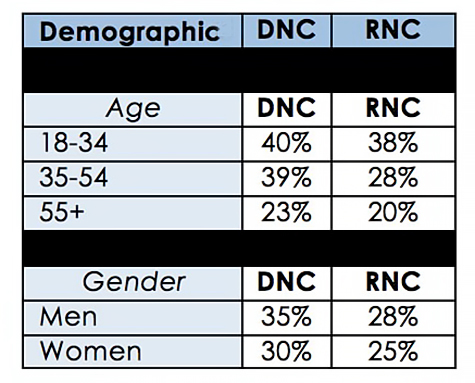 “Interestingly enough, a good portion of American viewers do plan to follow or watch the national conventions via Twitter this month. However, further investigation found that live TV was still by far the most likely way they’re following they’d be watching or following convention coverage this year.

“Twitter is clearly making moves to capture more live audiences and push video out through the site; our research shows there is indeed life there worth pursuing. When it comes to election coverage Americans want it live and easily accessible – exactly what Twitter can offer. However, Twitter still has a long way to go in stealing eyeballs from traditional live TV broadcasts and will need to continue this aggressive strategy for streaming rights of other major broadcasts events such as the RNC or DNC in the future if they want to truly compete with traditional TV,” Maycock said.

YouGov Plc sampled 1002 adults for the survey. Fieldwork was undertaken between July 14th and 15th, 2016. The survey was carried out online. The figures have been weighted and are representative of all U.S. adults aged 18 and above.