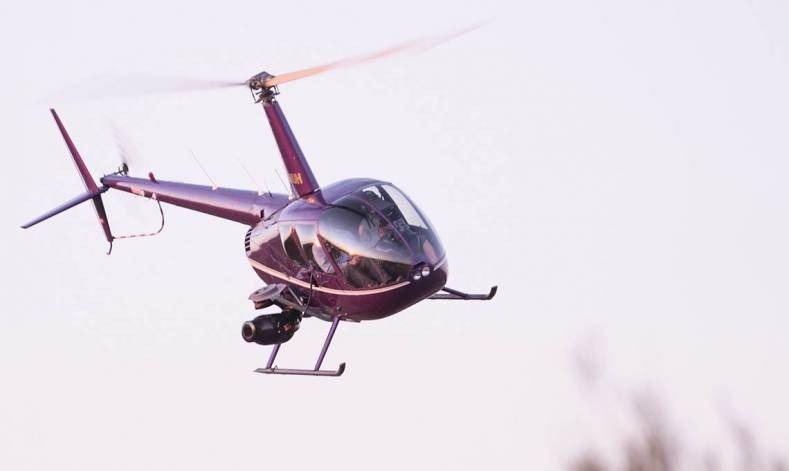 Aerial cinematographer Peter Beeh chose the Sony PMW-F55 camera to use on his latest project, a TV spot for Bentley cars showcasing the Bentley Continental GT being taken to its top speed of 331 km/h (206 mph) by Australian racing legend, John Bowe, on the derestricted Stuart Highway, deep in Australia’s Northern Territory. Try doing that with a drone! Beeh used a F55 rigged within the Shotover F1 stabilised camera system while fellow DP Matt Gormley was in charge of a second F55 for the more traditional ground-based shots.

For a TV commercial for the 16MY Bentley Continental GT Speed, producer, Jeremy Hart , founder of UK production and events company In©, went to the Australian outback. The Stuart Highway is one of the few de-restricted roads in the world and runs a distance of 2,834 km from Darwin in the Northern Territory to Port Augusta, South Australia – approximately the same distance as London to Istanbul or New York to Denver. In© offered Bentley a dual role opportunity in the Northern Territory; to shoot their fastest car on the de-restricted road and to invite a select group of global lifestyle and car writers to also drive at 200 mph+.

Production company Aerial Films Australia's Director, Adam Kaleta, called on aerial specialist, Peter Beeh, for the two day shoot, along with second DP, Matt Gormly, for the road-level shots. Beeh chose the Sony PMW-F55 camera with ARRI primes to use on this project, along with his Shotover H1 stabilser. The look of the commercial was very specific and the team used their knowledge of the F55 and what it was capable of to make sure they got what they wanted.

Beeh explained, “We wanted a large sensor feel and wanted to use cine primes and zooms so the F55 was ideal. As a two camera shoot we wanted a camera system where we could expect the images will match well without having to spend large amounts of time in post brining them into line. With all of that in mind we also needed to be able to shoot at a range of frame rates and needed a camera that would record at higher frame rates with a good quality codec. RAW recording was not an option as the producers needed to turn around the some of the footage shot quickly, with minimal time in post and there were also some very long lens shots required. All in all there aren't many other cameras that could give us all of the above. The F55 was perfect for the job.” 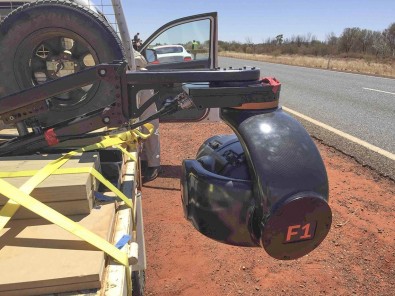 The Shotover stabiliser mounted on a truck for the terrestrial shots.

Fellow DP, Matt Gormly, (Travelling Matt) was in charge of the second F55 kit used for the more traditional ground-based shots. The first day with the Shotover rig was devoted to aerial shots and on the second day Beeh and his team remounted the stabilised head onto a simple tracking arm fitted to a pickup truck. The ground tracking shots were shot at speeds of up to 110mph with focal lengths of up to 400mm. In-car and secondary photography was shot on Travmatt’s Canon C300, with car-mount shots originating on Canon 5D Mk3, GoPro4 Black & GoPro3 Silver with PolarPro polarisers.

Beeh continued, “The ground camera run by Matt allowed him to move quickly and nimbly between setups. The compact form factor of the F55 was very helpful for this. The second camera was installed in a Shotover F1 stabilised camera system. We spent a day doing aerials and a day with the head fitted to a tracking vehicle. Again the form factor of the F55 allows it to fit well within a highly spec'd head like the Shotover F1.”