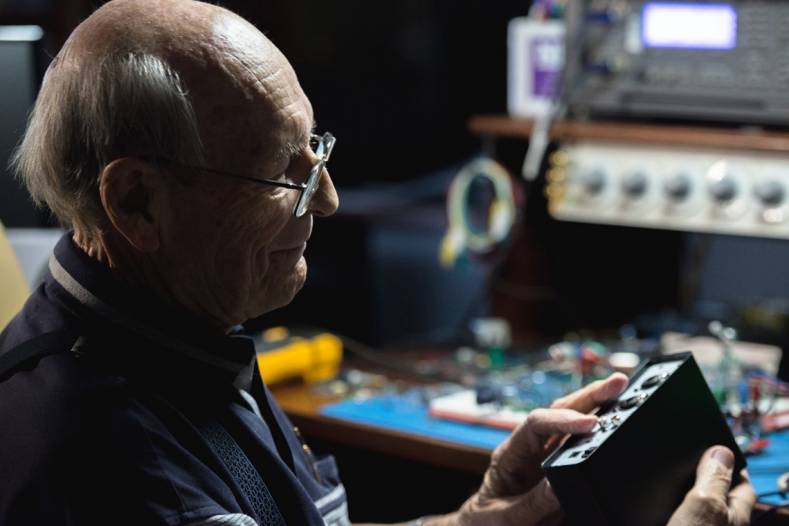 Professional audio headphones are a mature market. It takes something truly special to shake it up these days. That “something” has come with the new Rupert Neve RNHP headphone amplifier — a device that dramatically improves the audio quality of virtually any headphones.

Rupert Neve is a pioneering British-American electronics engineer long known for his work on microphone preamplifiers, equalizers, compressors and early large format mixing consoles. He is often credited as the man who made the modern recording console. His name is associated with many hit records of the past 50 years.

Many of his long discontinued products are considered classic equipment and are very highly sought after by the professionals in the audio industry. This has resulted in several companies releasing products today that are Neve replicas or clones.

Neve, who is turns 91 this year, is still working and designing high-end audio products. His Rupert Neve Designs, based in Wimberley, Texas, is where he has resided with his wife, Evelyn, since they became U.S. citizens in 2002.

With the RNHP headphone amplifier, Neve did something truly unique. Based on the headphone output circuit in his company’s 5060 Centerpiece Desktop Mixer, he spun out the design into a new, highly flexible, standalone device. It’s priced at $499, expensive for the average headphone amplifier, but very economical for a Rupert Neve design.

The RNHP is a dedicated 24-volt reference-quality headphone amplifier with calibrated +4dBu balanced line, unbalanced RCA and 3.5mm (1/8”) inputs. It is housed in a compact, but extremely rugged VESA-mountable steel chassis.

With high sonic performance and the ability to drive any pair of headphones without compromise, the RNHP allows virtually anyone — from a top professional mixing engineer to an audiophile smartphone owner — to monitor sound with a new level of clarity. The leap in audio quality from low-cost, battery-powered headphone amplifiers is clearly obvious, even for those without golden ears.

The device is flexible and easy to use. It has three inputs that can handle just about anything. Input A is +4dBu line level for XLR or TRS devices. You can take feeds from mixing consoles, studio interfaces, video cameras and just about anything else with professional outputs.

Input B is for devices with RCA phone outputs, like DVD or CD players, stereo components or prosumer gear. Input C is for 3.5mm stereo devices, such as mobile phones, portable music players, DSLR cameras and handheld audio recorders. Lighted buttons on the front panel allow easy switching between these devices. 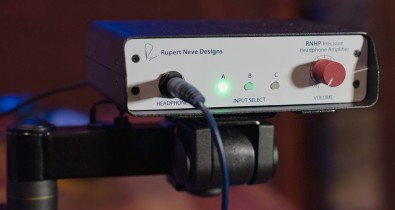 The device itself is shaped for tabletop use, but with its VESA mountable design, it can sit on pole or table mounts or articulating arms. It can easily sit next to video cameras on sets for monitoring sound.

For engineers who frequently work in different places, use their control room for live tracking or rely on less than ideal rooms for mixing, headphones can be an undeniably important. They can minimize acoustic anomalies, provide a reliable reference for critical listening choices and function without the high sound pressure level of loud monitors.

However, unlike static loads, the reactive load impedance that headphones have can vary greatly depending on frequency — far more so than loudspeakers. The result of this reactivity is that the frequency response, noise and distortion of many amplifiers will suffer when compared to the same amp with an ideal resistive load.

While using headphones for any form of critical listening, these shifts from low quality headphone amplifiers can provide a false account of the source material. The RNHP is designed with a near zero Ohm output impedance to minimize these issues in both individual headphones and when comparing multiple pairs of headphones.

As much as I like the convenience and flexibility of the RNHP, what hit me upon initial listening was the huge difference in the audio performance of my headphones. For example, I have a ten-year-old pair of AKG K271 headphones that I always felt had average sound quality until I heard them through the RNHP. At that moment, they took on a sound quality I have never before. 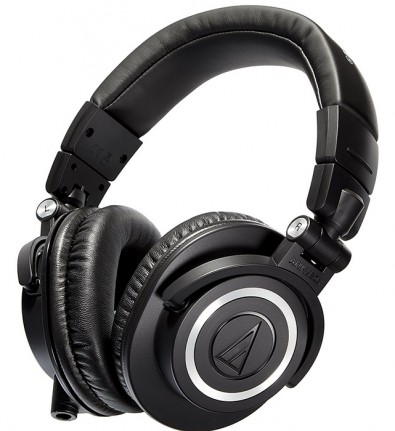 It was the same with a pair of Audio-Technica ATH-M50x headphone. It was like hearing an old microphone for the first time through a great mic pre-amp. The difference was dramatic. I also tried the RNHP with a variety of ear buds. In every case, the devices came alive.

When using the RNHP, it became very clear to me that the headphone amps in most electronic devices, including professional recorders, are incapable of reproducing all the dynamic range, detail and spacial information found in even lower cost headphones. No question, this device is a worthy addition for users who depend on headphone monitoring for professional sound. It is equally ideal for users who want to listen to precise, high quality audio at home.

With Rupert Neve’s direct coupled, painstakingly crafted topologies, the RNHP offers a level of performance that most of us have never experienced with headphones before. It is a game changer for headphone users who want to hear accurate audio like never before.