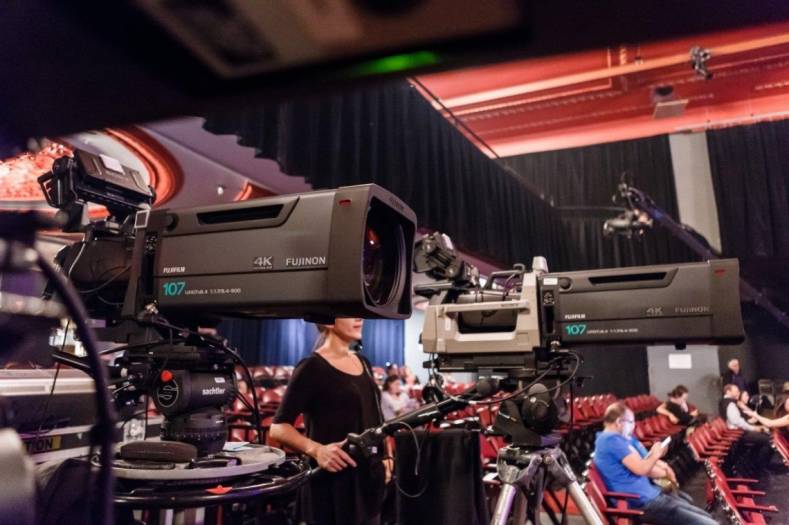 When Fujinon introduced its new UA107x8.4 (UA107x) lens at the NAB Show in April, it created a buzz among customers looking for affordable 2/3-inch telephoto and wide-angle lenses suitable for 4K (Ultra HD) production. Now that the lens is shipping, Video MTL, a Montreal-based production and rental house and its Toronto location, Dazmo Camera, have become the first to put it in the hands of its North American clients.

The UA107x is the longest and widest 4K lens ever created for Ultra HD (UHD) broadcast applications. While Video MTL and Dazmo own several Fujinon Cabrio PL lenses, their purchase of two 107x’s and one UA22x8 portable zoom is the company’s first optics selection for next-generation 2/3-inch UHD cameras. They have added the new lenses to Video MTL and Dazmo’s production truck and paired them with 10 Sony HDC4300 4K/HD cameras.

The new lenses have already been used for a shoot produced by La Grosse Fabrique for Netflix France on stand-up comedian/actor Gad Elmaleh, and for ‘’La Voix Junior’’ (the Quebec adaptation of The Voice Kids), produced by a partnership of Le Groupe TVA, les Productions Déferlantes and La Voix Télévision.

The UA22x8 portable zoom lens is designed for UltraHD broadcast applications and features a compact and lightweight design, a 22× zoom ratio and a focal length from 8mm in wide angle to 176mm in telephoto.