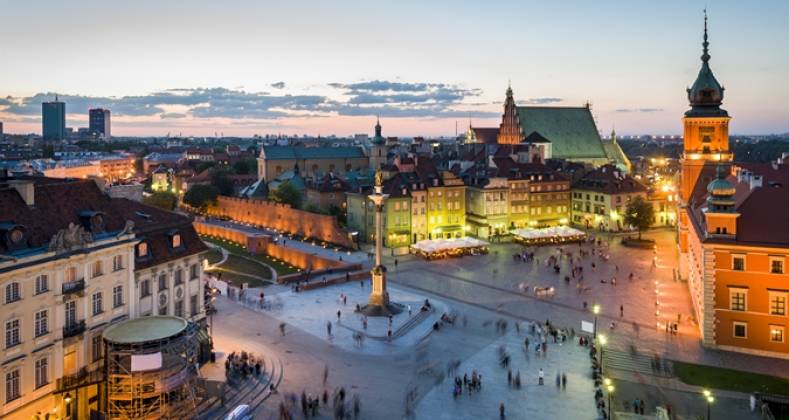 Liberty Global chose Cable Congress in Warsaw to outline big areas of focus for the next few years.

Liberty Global, Europe’s largest triple play operator, has identified IoT (Internet of Things), wireless delivery and AI (Artificial Intelligence) as its trilogy of technology targets over the next few years. Speaking at Cable Congress in Warsaw at the end of June 2016, the operator’s CTO Balan Nair explained how these would be enabled through the operator’s two current big infrastructure projects, which are harmonization of services and virtualization of the delivery network.

Harmonization is proceeding at two levels, one being to integrate all back office functions across Europe as part of the operator’s Liberty Go strategy, which is a three part plan to boost revenues and cut costs while enabling ubiquitous TV Everywhere services. The second focus of harmonization is to establish common workflow for broadcast and online delivery, with the aim of reducing costs while making it easier to deliver a common experience across broadcast and online. Virtualization is taking place at the same time to achieve scale economies and migrate core functions such as storage to the cloud, which again helps extend services to connected devices and meet the goals of Liberty Go.

The operator identified three layers of virtualization which it deems are at different stages of development: software defined services, software-defined platforms and software defined networks (SDNs). For platforms, Liberty Global is virtualizing its distributed video and communications back offices to create a more centralized cloud based environment embodying the concept of ‘micro-services development’. The latter has become a buzzword for enabling ongoing rapid deployment of new features on a small scale, rather than getting bogged down in monolithic development.

Then as part of this three year investment programme, Liberty Global has identified three specific target areas for growth. These are new build homes, amounting to 7 million dwellings over the next 2.5 years, organic growth in mobile, and a renewed focus on business customers.

As this three year programme plays out Liberty Global plans to step up its investment in those three future areas of IoT, wireless and AI. Nair was particularly excited about the IoT, given that it is not just a technology sector but also a huge potential new market. “We will be a big player in that space, that’s a given,” said Nair, although he admitted that the role within the IoT value chain that broadband and pay TV operators would take was still being determined.

The relationship with wireless was easier to work out since that was a given for service delivery both within the home, predominantly via Wi-Fi, and outside, where 5G was going to have a huge impact, according to Nair. "Anybody who’s not thinking 5G should be," he emphasized.

There is still some uncertainty over exactly what the priorities will be for 5G, with a dichotomy between the technology itself focused on higher speeds, greater capacity and increased availability or resiliency, and consolidation of existing wireless technologies under a common Heterogeneous Network. The latter includes the preceding cellular variants of 2G, 3G, 4G/LTE as well as Wi-Fi and possibly even low power wireless technologies such as Zigbee, Zwave and Bluetooth, which would make sense given that 5G is also being focused on the IoT where such protocols may be used for communications between small devices. But this diffusion of focus can be confusing, with 5G being presented as the unifying wireless solution at the cost of becoming very complex and delaying its implementation. 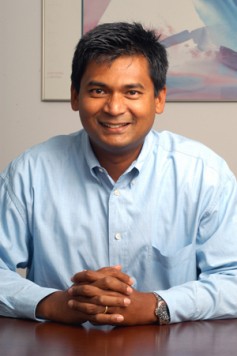 Artificial intelligence will underpin strategy and software development for Liberty Global according to its CTO Balan Nair.

However Liberty Global is also focusing on the here and now with Wi-Fi both inside the home and for roaming via hot spots. This could be one application of AI since Liberty Global has been talking about applying machine learning to help work out how best to ensure high QoS over Wi-Fi for premium video. This reflects how Wi-Fi has so far been a mixed blessing for pay TV operators, having emerged as the new last mile for delivery to connected devices and increasingly to main TVs as well. But this has caused headaches for some operators since their subscribers hold them accountable for Wi-Fi reliability and performance issues over which they have only limited control. Liberty Global itself has identified Wi-Fi as the primary medium of delivery for video content in the home and has been investing in technology to overcome the QoS issues, but admits that the problem is not yet finally resolved.

Liberty Global has been working increasingly with Arris as its main provider of Wi-Fi technology and is rolling out the latter’s Touchstone TG2492 gateway featuring dual band concurrent 802.11n 2.4GHz and 802.11ac 5GHz radios across its entire footprint. Wi-Fi is a particular issue in Europe where Liberty Global has the bulk of its customers because although the average home there is smaller than in the US, the construction materials used, including a lot of concrete and metal, impede wireless signals, also with restrictions over the amount of power that legally can be used by a Wi-Fi Access Point (AP).

For this reason Liberty Global sees the future of Wi-Fi in the home being based on mesh technologies that combine multiple APs to boost performance and resilience without requiring more power, which suffers from diminishing returns in terms of range in any case.

Then for wireless communications outside the home in particular, Liberty Global has been deploying products from Devicescape designed to combine Wi-Fi with cellular in heterogeneous networks (HetNets), enabling automatic handover between the two networks. This helps deliver ubiquitous coverage, since Wi-Fi will often be available within and around buildings where a cellular signal may be weak. With its focus on Wi-Fi and HetNets, Liberty Global is avoiding the mistake of waiting for 5G, or for that matter 4G/LTE, given even the latter is still often not available.

Then on the AI front a lot of the focus is actually on the IoT to build appropriate intelligence into sensors and low power devices, which are then managed within a larger network. It is not so much about designing clever algorithms that mimic higher levels of human expertise but developing the right distributed hierarchy that takes account of the rules and constraints such as security, along with the restricted memory and processing resources of IoT devices.

“IoT is not just about sensors and devices but about rules and how you manage and you need good software in there,” said Nair. Like other big operators, Liberty Global has singled out the IoT as a crucial area of competitive differentiation where they can exploit their position as broadband providers to the home to deliver new services beyond Internet connectivity and TV. Liberty Global has invested in software developers, chip makers and cloud-based companies to prepare the ground for in-house innovation in IoT.