LiveU will be making a major product announcement at IBC 2016, promising to take live IP video to a new level.

LiveU will demonstrate to IBC visitors the standard for high-quality and reliable live video acquisition, management and distribution over IP. LiveU’s full range of live IP video solutions will be on display. 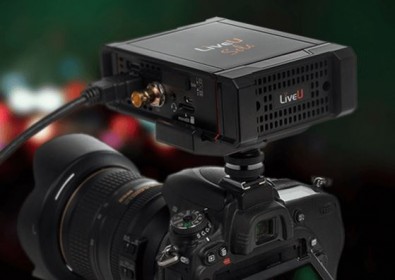 Making its US debut at the 2016 NAB Show, LiveU Solo will debut in the European market at IBC. LiveU Solo is a plug-and-play live streaming bonded solution for the online media market.

LiveU Solo allows users to livestream seamlessly into any web streaming workflow by connecting automatically to popular OVPs and content delivery networks such as Facebook Live, YouTube Live, Wowza Streaming Cloud and others.

Solo is easy to manage and control remotely via a web interface or smart device.

The new LU710 takes LiveU’s 1U rack-mount encoder to the next level.

With an external intuitive touch screen interface, the LU710 is fully integrated in the LiveU ecosystem via LiveU’s Central browser-based management platform.

LiveU will be presenting Version 6.0, a major software release for its full range of portable transmission and management solutions.

Key Version 6.0 benefits include workflow integration with MPEG-TS output from the LU2000 server, enabling broadcasters to connect their IP stream seamlessly to MCR and other third-party equipment; least-cost bonding, enabling users to prioritize the usage of cellular vs satellite (and wired Internet) in order to optimize their data costs; improved streaming algorithms and support for higher bandwidth for higher video quality, stronger resiliency and faster file transfer.

Version 6.0 also includes a software upgrade feature that allows customers to upgrade their LiveU units and servers to new versions and fully manage the process themselves.