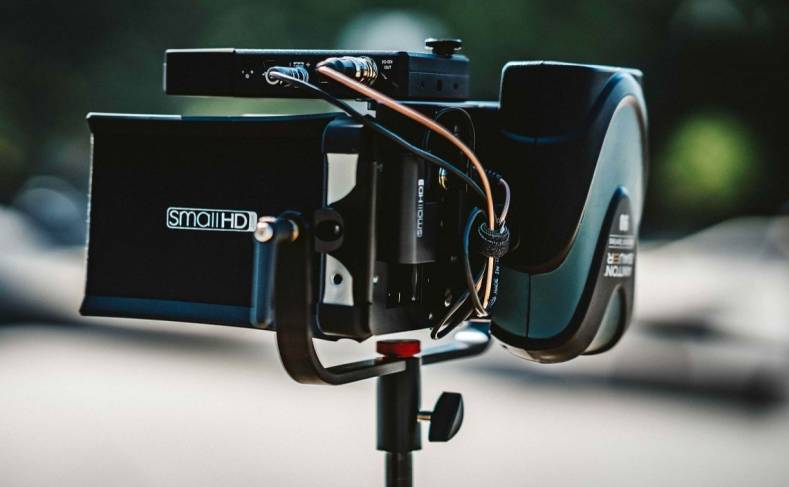 In addition to running 700 Series monitors off L-Series and LP-E6 batteries, SmallHD said there are new 700 Series Pro Battery Plate Kits, including DCA5 modules that fit into the LP-E6 battery slot. This allows the use of a Gold Mount or V-mount battery. Installed via ¼-20 screws, these 14 volt supplies power the monitor continuously for over a day.

The new DCA5 D-Tap to Barrel Power Cable works for both 500- and 700 Series monitors. Drawing power from the D-Tap/P-Tap output on professional battery systems like Anton Bauer, IDX, PAG and Blueshape, it accepts six to 30 volts providing an output of 6.4 volts.

Another option is the DCA5 AC system, which allows both 500- and 700 Series monitors to be powered by 120V or 240 volt AC. Also, there’s the DCA5 LEMO Power system that allows running 500- or 700 Series monitors from the LEMO power port on professional cine batteries. These three DCA5 power solutions utilize only one of the two battery slots, so an additional LP-E6 battery can be used for secure backup in case of power loss on set.

SmallHD’s 500 Series five-inch Full HD on-camera monitors provide 1920 × 1080 resolution images, achieving sharpness and detail in a slimline package. Based on a similar form factor, the 700 Series includes the 702-bright on-camera Full HD field monitor with brightness of 1000 nits so it can be viewed in full sunlight across a 179 degree angle.

They all offer an ample set of professional tools like HD waveform, vectorscope, RGB parade and handle 3D LUTs with ease to improve any production workflow.

“We understand that all camera set ups are different with individual needs,” said Wes Phillips, co-founder of SmallHD. “Now, regardless of the on-camera configuration we have a solution to fearlessly power your monitor— via DV or larger camera batteries, LEMO, DTAP or AC power.”