When Bluetooth technology was invented by Ericsson in 1994, it was conceived as a wireless alternative to RS-232 cables for serial transmission of data. In just over 20 years, the technology has come a long, long way. Today, Bluetooth connects a myriad of both consumer and professional devices including computers, smartphones, loudspeakers, headphones and about anything else that connects to the internet.

Basically, Bluetooth is a standard for exchanging data using short-wavelength UHF radio waves in the Industrial, Scientific and Medical (ISM) band for fixed and mobile devices. Today, more than 25,000 companies make Bluetooth devices for virtually every kind of device.

Bluetooth operates at frequencies between 2402 and 2480 MHz, or 2400 and 2483.5 MHz including guard bands 2 MHz wide at the bottom and 3.5 MHz wide at the top. This spectrum is globally unlicensed — but not unregulated.

Bluetooth uses a radio technology called frequency-hopping spread spectrum. It divides transmitted data into packets and transmits each packet on one of 79 designated Bluetooth channels. Each channel has a bandwidth of 1 MHz. It usually performs 800 hops per second, with Adaptive Frequency-Hopping (AFH) enabled.

Beyond the basics, profiles for a wide range of applications abound. Bluetooth is now everywhere, including pro audio. It is used in Bluetooth adapters for microphones in journalistic applications to direct boxes for musical instruments. Professional audio mixers and recorders are often controlled from iPads and iPhones via Bluetooth connectivity.

In June, 2016, Bluetooth version 5 was announced. It will quadruple the range, double the speed and offer an eight-fold increase in data broadcasting capacity of low energy Bluetooth connections. It will also add functionality for connectionless services like location-relevant information and navigation. 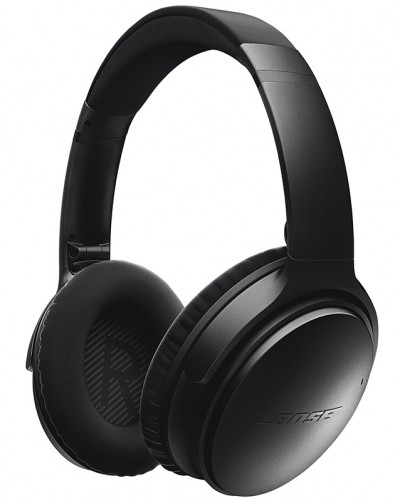 Ironically, one of the original purposes for Bluetooth was for wireless headphones. That is now catching up. Though many low-cost consumer headphones now operate wirelessly, it was only recently that higher quality headphones came to market that blur the distinction between consumer and professional devices. One of those is the new Bose QuietComfort 35, the company’s top-of-the-line noise cancelling headphones.

Though noise cancelling phones are not used for monitoring high quality audio in the field, the new Bose model works incredibly well in the wireless Bluetooth mode using professional applications with iPhones, iPads and Macintosh computers. The headphones are incredibly comfortable, run all day (20 hours) on rechargeable batteries and pair up flawlessly with multiple devices.

The combo microphone and noise cancelling headphones work well for recording news interviews on Skype or for doing professional recording on the iPhone. In fact, they work better than the tried-and-true boom type broadcast headsets used for decades by sports announcers.

With microphones inside and outside the earcups, Bose said the QC35 senses, measures and sends unwanted sounds to two proprietary digital electronic chips — one for each ear — that responds with a precise, equal and opposite signal in less than a fraction of a millisecond. The new headphones are also equipped with a new digital equalizing system that balances the sound, whether you're listening at lower or higher volumes.

If no Bluetooth is available, the new QC35 headphones work as a wired headphone using the included 47.2-inch cord. Weighing in at 10.9 ounces versus 6.9 ounces for the earlier wired QC25 headphones, it’s a bit heavier. It also costs $349 list price. However, I owned the QC25 model and did not notice the heavier weight with the new headphones. 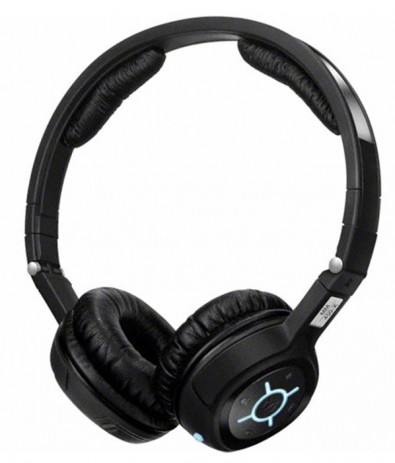 Bose is just the latest player in the Bluetooth headphone wars. Competitive models are now available from Sennheiser, Sony, Beats and other brands. Many more models are on the way. In fact, many are predicting 2016 as the year that Bluetooth headsets come of age.

Wired models may still dominate the pro audio market for critical monitoring, but the clock is ticking on how long that will last. The technology is moving forward fast.