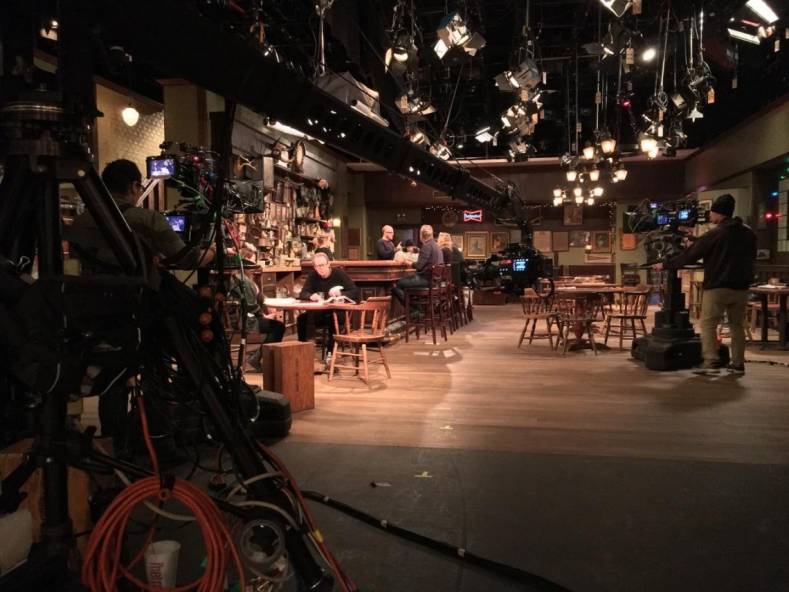 U.S. comedian Louis Székely (Louis C.K) launched his innovative web series “Horace and Pete,” January, 2016. The series is created, written, and directed by Louis C.K., and shot by Director of Photography Paul Koestner with VariCam 35 4K cinema camcorders. The series, described by its creator as a tragedy versus a comedy, focuses on Horace (C.K.) and Pete (Steve Buscemi), the owners of Horace and Pete’s, a run-down Brooklyn bar.

The first episode (the New York Times called it “mournful and unshakeable”) was released on January 30 on C.K.'s website without any prior announcements. New episodes premiered weekly until the tenth and final episode was released. Recurring guest actors included Edie Falco, Alan Alda, Jessica Lange, Steven Wright and Laurie Metcalf.

A distinctive feature of the series was frequent references to highly topical current events during bar-room discussions. This was made possible by the very short turnaround between the production and release of the episodes (less than a week). “Horace and Pete” was shot on two primary sets (bar and apartment), with several pick-up sets. The show is a multi-camera shoot with an emphasis on a live feeling. Three Panasonic VariCam 35s, outfitted with Angenieux zooms, were utilized in studio configuration with Vinten pan-and-tilt heads. A fourth VariCam 35 was used on a Jimmy Jib.

One compelling reason that the VariCam 35s were chosen for the show, according to post-production technical advisor Troy Thompson, colorist at Running Man (New York, NY) and longtime C.K. collaborator.

“Louis is very forward-thinking in terms of technology, and it was more or less a given that we’d shoot 4K,” Thompson said, “but there wasn’t enough time for a full 4K workflow: each week we had less than two days to edit and deliver an episode ranging from 30 to 60+ minutes in six different formats for various streaming and mobile platforms.”

The solution was to utilize the VariCam 35’s multi-format recording, and simultaneously shoot a 4K master on the main recorder and AVC-Intra 4:2:2 HD in the sub-recorder. “Essentially, my job was to test and verify the workflow, and ensure that we could fulfill both dictates (4K and HD) with one camera,” he said.

Thompson continued. “The live multi-camera workflow was seamless with Avid; we were able to work with great time-efficiencies to rewrap, edit and finish the deliverables for weekly release.

“The transition from the HD proxies to 4K was likewise seamless: we would reconnect the HD EDLs in the Nucoda color grading system and conform back to 4K prior to archiving.”

In a published interview about the series, C.K. praised his DP’s “great eye, which gave the show such a lovely and original look.” Koestner, another longtime collaborator (“Louie,” “Deadbeat”), said that this production relied on Thompson’s championing of the VariCam 35’s color rendition and fast turnaround.