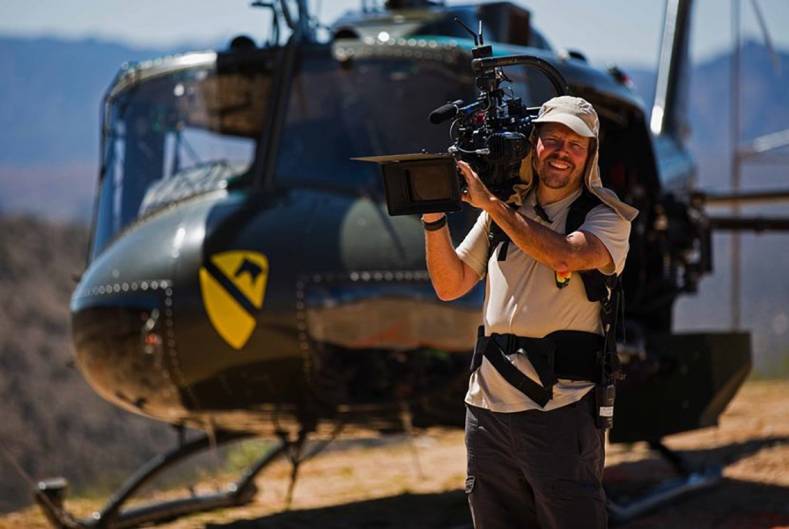 The Outdoor Channel has premiered the second season of “GunnyTime with R.Lee Ermey”, shot in 4K on the Panasonic VariCam 35. The host-driven television series focuses on vintage and exceptional weapons and related technology, and exploits the outsized personality of Ermey, former U.S. Marine Corps staff NCO and drill instructor.

Long explained that both seasons of “GunnyTime” have been shot and finished in 4K, and air in HD on the Outdoor Channel. “The producers (including Bill Rogin and Cole Klapman) are committed to having a 4K master for residual use,” Long said. “And for season two, I wanted a 4K camera that would deliver better color accuracy. It was apparent that the VariCam’s unparalleled separation of skin tones and excellent response to HDR situations gave us the best option to handle the beauty of our Arizona desert locations, the bright sun, beautiful landscapes, and also be flattering to our talent in the arid flats.”

Long had two VariCam 35s on location in Arizona in March and April, when the majority of the material for season two’s 11 30-minute episodes was shot. The VariCam 35s were the primary cameras throughout, with Panasonic’s AG-DVX200s 4K handheld camcorders used for wider shots, and Lumix DMC-GH4s utilized for detail and downrange acquisition. 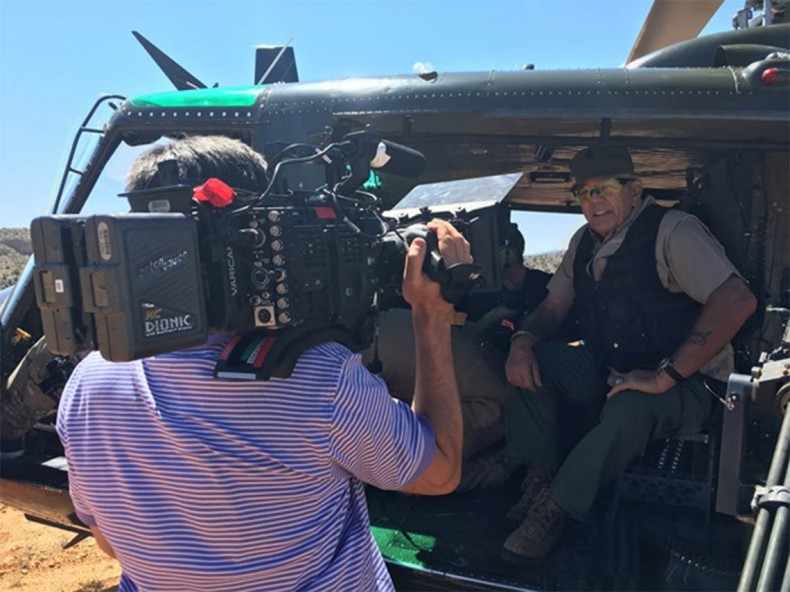 Long outfitted the VariCam 35s with Fujifilm Fujinon 19-90 and 85-300 lenses. He shot in AVC-Intra 10-bit 4:2:2 4K in the main recorder and LongG 25Mb/s in the sub-recorder. The proxy files were used to ingest for editing in Avid Media Composer, and the show is finished in 4K in Blackmagic Design DaVinci Resolve.

“Because so much of our action footage was shot during bright sunlight, we had to push many guest interviews and wrap-ups to the ‘golden hour’ and beyond, and then we accessed the camera’s ISO5000 setting,” Long said. “We also had a location shoot on an aircraft carrier, and again using the ISO5000 extreme low-light setting, we got gorgeous footage of jets taking off at sunset and even later.”

“Several of the VariCam 35’s features were very beneficial during our location work: the built-in ND filters, the menu structure, the Focus Assist (so useful in bright environments),” the DP continued. “Altogether, the VariCam 35 produces one of the most beautiful and usable images of any camera today--the combination of sheer quality and value is pretty amazing.”