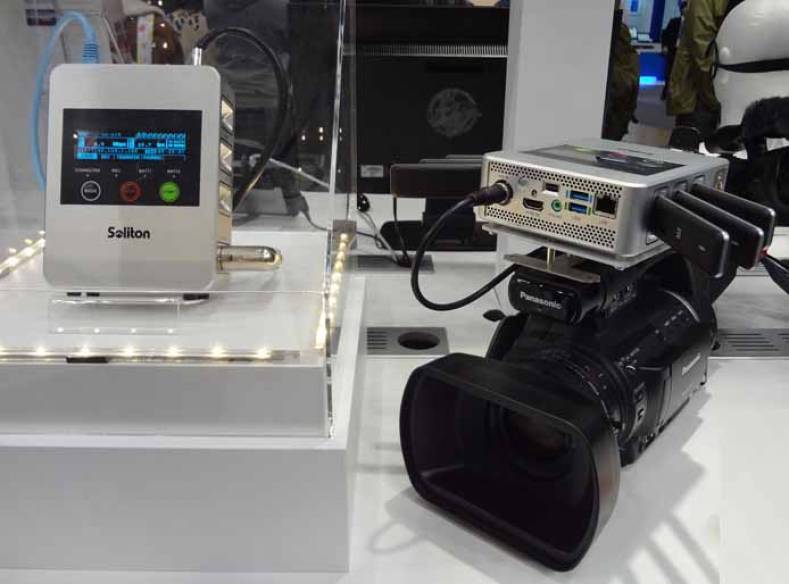 The Zao H.265 encoder allows broadcasters to transmit images from the various the Olympic events with much lower bandwidth requirements.

Six major Japanese broadcasters, including Tokyo Broadcast System, TV Asahi and TV Tokyo, will use the Smart-telecaster Zao H.265 encoder from Soliton, based in Japan, to support live transmissions during the 2016 Summer Olympics in Rio de Janeiro.. Brazilian system integrator Foccus Digital, which will also deploy a wide range of cables and connectivity from Belden, will handle the transmission using wireless 3G/4G/WiFi networks.

Soliton’s Smart-telecaster Zao H.265 encoder has been extensively tested at the principal Olympic sites and on-air throughout Brazil, where it has shown the ability to send high-quality digital video feeds even in the most challenging locations. The encoder will allow the Japanese broadcasters to transmit images from the various the Olympic events quicker and with much lower bandwidth requirements.

A team of engineers from Japan (Soliton) and Brazil (Foccus Digital) will be on-site to ensure high transmission quality of Olympics-related content. Belden is providing the cabling infrastructure in Brazil. Foccus Digital’s diversified Belden inventory, which will all be used during the games, ranges from coaxial video cable, audio multi-conductor, triax solutions, SMPTE Hybrid cables, as well as its Brilliance line for fiber-optic connectivity. The entire local stock is positioned for immediate delivery to companies that will be covering the Olympic Games in Rio.